I am an early period Scadian who is a proud Scribe and enthusiastic Archer. I found the SCA in 2016 in Avonmore where I was lent a bow on my first day and lent a calligraphy pen within my first few months. I have sense traveled east to Ruantallan where I continue to enjoy my medieval journey.

I am scribe of the east and create scrolls for the Kingdom and my local groups. I love building a scroll from start to finish based on the tales of the recipient or the theme of an event.

I sew all my families garb and have recently started weaving.

I teach at times and have held the following classes at least once; Quill Making Beginner Calligraphy Illumination activities for kids

I had held the Exchequer position in the Canton of Seashore during the plague and hope to serve in Curia again someday.

I had previously been a Archery MIT in Avonmore and intend to do so again. I also am a beginner fletcher and currently ranked as a marksman on the EK archery rankings.

My First Scroll a Troubadour for Ce'Or of Glenwood in 2017 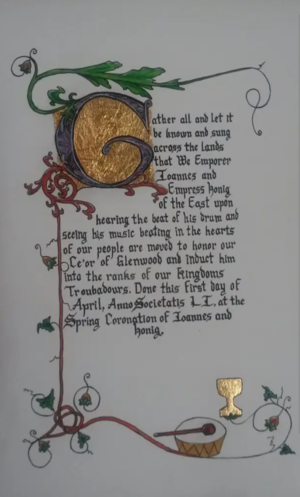 Troubadour for Ce'Or of Glenwood 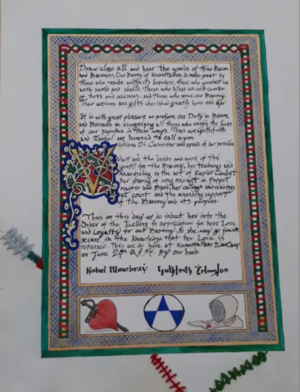 Iceberg Scroll for Veridiana done in 2019 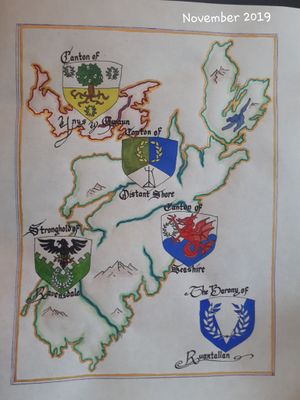 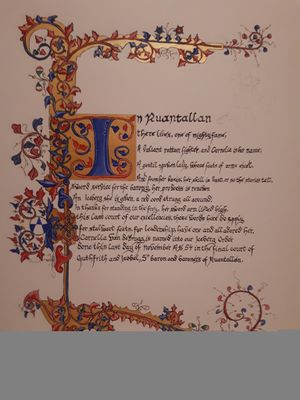 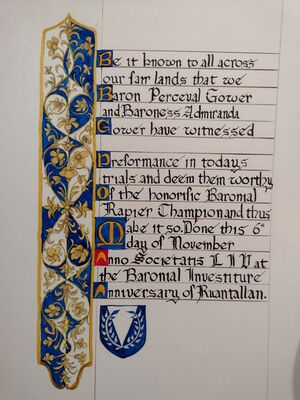 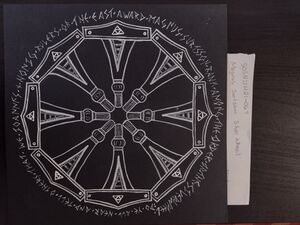 Silver Tyger for Feargus MacCailin in 2022 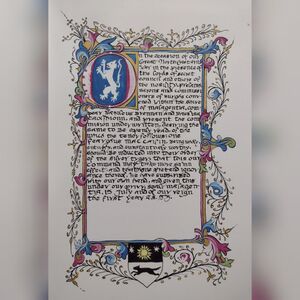 Silver Tyger for Motte Nachfalter in 2022 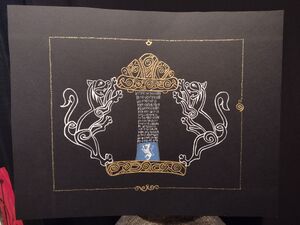