(Redirected from User:Ceol of Glenwood) 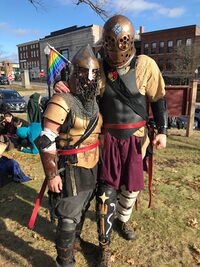 First Introduced to the Dream at Pennsic XXXVII

Qenilocas of the East (Pronounced: k'aeloch) - A Pict taken to serve in the Ludus of Viscount Ajax Thermopylokles. Under the tutelage of Dottori Caius and Cassius Pontianus he has become a significant threat with spear, glaive, and greatsword, leading his brothers and sisters in combat whenever the ludus has been drafted to fight for the Empire.