Bari was first introduced to armored combat in 1993 and attended his first Pennsic the following year. He's a multiweapon fighter who fights two sword, polearm, and sword and shield in heavy list fighting, while primarily focussing on spear in melee. He is squired to Sir William MacCrimmon. 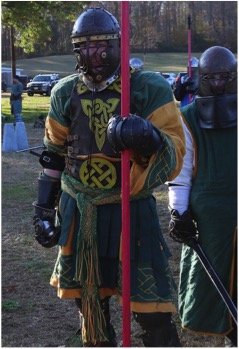 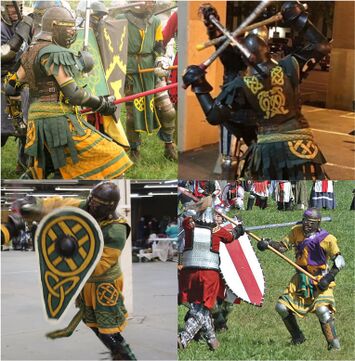 The Tactical Fighter: Heavy Fighting in the SCA

The Tactical Fighter: Heavy Fighting in the SCA is a blog discussing heavy melee tactics and practicing techniques. The blog began in January, 2016. As of May, 2022, its content has grown to 104 blog posts and has reached an audience of over 2,300 Facebook followers. 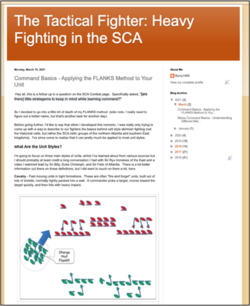 The SCA Spear Tutorial is a Youtube playlist consisting of over 20 SCA heavy spear instructional videos created by Bari, plus additional content that he has added to the playlist from other content creators. 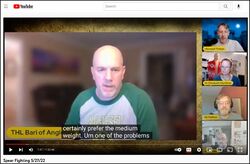 "The day before you received your award, you had already become the person who'd earned it, though you should always appreciate the honor that comes with that recognition."

Iron age celt from the isle of Anglesey (Wales). We are often identified by our donning of pants, often in ancient plaid patterns, knot work, woad, bronze and amber jewelry, and a language the sounds like "bar bar" to foreigners.

From a modern reenactment perspective, Anglesey the SCA household has been part of Bari's family since he entered the game in 1993, and has close familial ties with many other Celtic clannes, including Galatia, Dalriada, The Concusare, and Clanne Preachain, all commonly associated with "the bog," a low lying region on the south side of Pennsic. Society participation from the people of this community varies from membership of several orders of peerage, to those who rarely make it to events despite active reenactment involvement within the clannes. 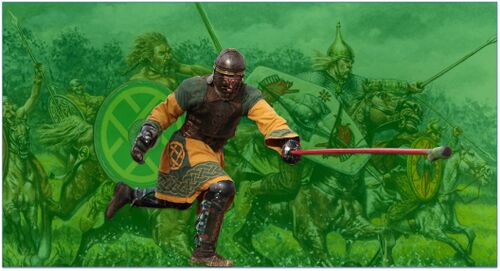 Bari enjoys bardic performances by playing the doumbek, guitar, and singing both traditional and original songs during social hours at events in order to keep the populace entertained. Styles range from his interpretations of what traditional songs may have sounded like in the iron age, to modern filks and raps about SCA topics under his alter ego The Rapin' Celt. Bari also records original medieval (sounding) music to commemorate some large events.

Link to his music page can be found here: https://www.facebook.com/TheRappinCelt/ 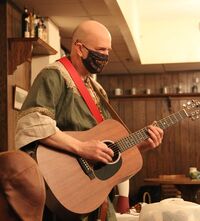 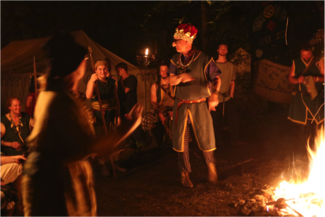 Bari hand crafted his leather armor kit and sewed his fighting tunics as well as many other pieces of garb. He also enjoys painting large scale celtic knotwork banners for camp decorations. 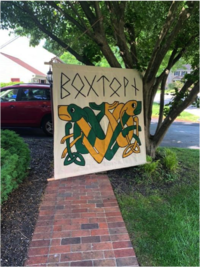 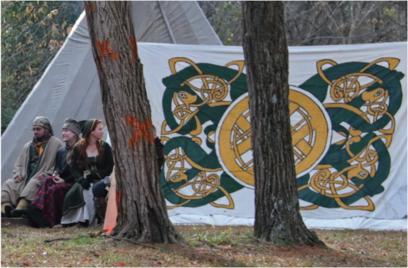 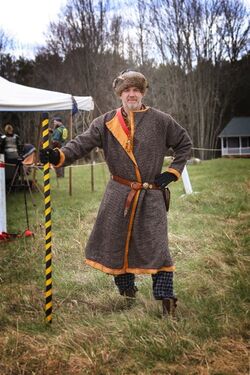 Just ask me if I can make it and tell me it's important and that I should wear garb. Other than that, I'm fairly flexible.