Ulf the Dragon Slayer is the son of Baron Fergus Redmead and Mistress Sabina Luttrell. Ulf is a young man full of energy and enthusiasm. He is an enthusiastic bladesmith and metal worker. He is apprenticed to Duke Kenric. He has been the Barony of Smoking Rocks Thrown weapons champion several times and also enjoys youth fighting and archery. Ulf has been involved in the SCA since the age of 3 when his parents started playing. He is always eager to help out however possible and always does so with a smile.

Ulf the Dragon Slayer is Norse and from the time period of 835 AD. (more information coming.)

In the images below, I was helping Lady Dahni to created a twisted metal armband. 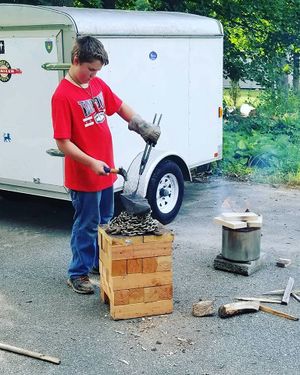 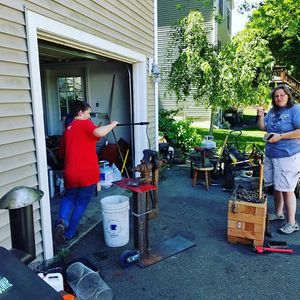 These are a seax and ax head I have made. 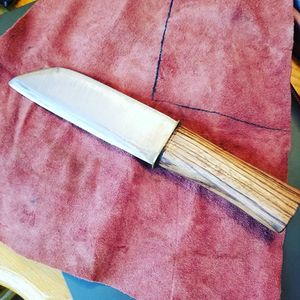 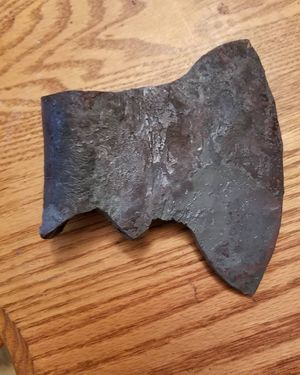 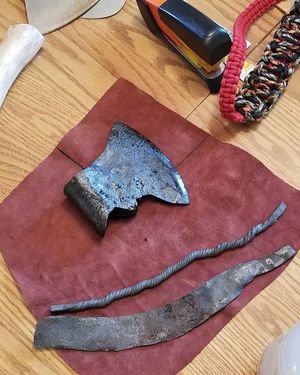 How you would like to be notified in case of court. Please contact Mistress Sabina Lutrell or Baron Fergus Redmead

Apprentice to the Late Duke Kenric of Essex.