Riverwind Stacato "Sticky" was a purebred Arabian gelding and an honored warhorse of the East.

"Michael de Calais bought Sticky as a green three year old. When I met Sticky in 1983, Michael was showing him in 4-H saddle seat classes and games. I fell in love with Sticky on the spot. Fast forward a couple of years, and Michael went off to college. I started leasing him, and eventually bought him in 1989. We learned training level dressage together. Then we joined the SCA in 1990.

Sticky was one of the core horses in our early equestrian activities in the East. His first event was Midsummer Tourney in Stonemarche in June 1991. He loved being at events. He was often flaky, bored or excitable, but even at his worst of those, he was always sweet-tempered and gentle." 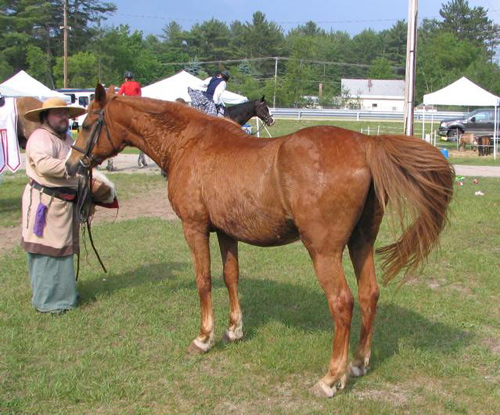 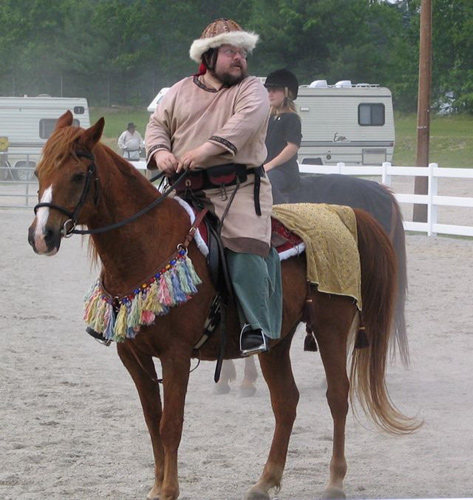