After several years of joking that I was SCA by marriage, I decided to join the fun and become involved on a regular basis. Upon Joining the SCA I promptly fell in love with the fiber arts, especially weaving and Temari. Mundanely known as Kirsten Becker, I am the Director of Churchville Nature Center and am married to Raymond Becker, know in the society as THL Aurddeilen-ap-Robet.

I am the 1st Baroness of the Barony of Buckland Cross

I chose the name Sigridh simply because I liked it, but Bengtsdotter has a special meaning for me. My maiden name is Benson and when my great-grandparents came from Sweden to the United States their last name was actually Bengtsson. So when I found Bengt on a period name list I was pleased that I could honor my family by using the SCA surname of Bengtsdotter

Photos of My Work 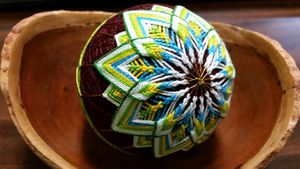 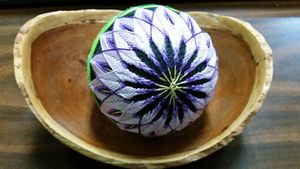 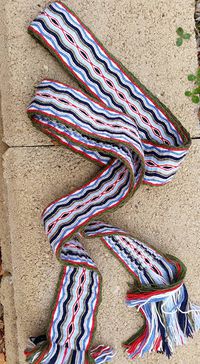 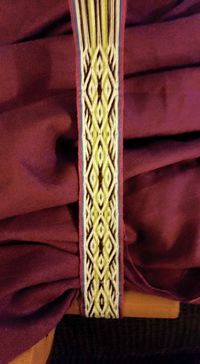