Robert discovered the SCA in 2011 through the RPI fencing practice in Anglespur and attended his first event at the War of the Roses (Concordia). He currently resides in the Barony of Concordia of the Snows where he actively fences and pursues martial A&S. He also occasionally dabbles in bardic and heavy as the opportunity arises. He is well know by the alias "Bobby T" due to the ravages of shenanigans and fashion and prefers He/Them pronouns. Feel free to walk up to him and start an argument/conversation about sword use at almost any time. He is sure to have some kind of opinion on the subject. 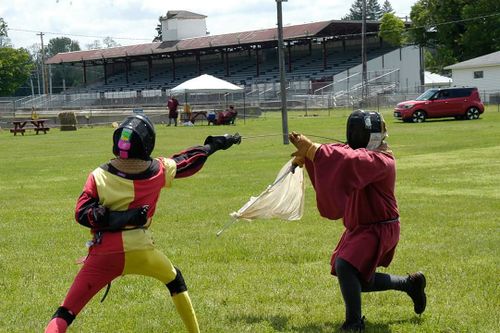 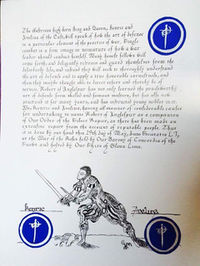