Richard Crowe is a heavy list fighter and Knight Marshal of Malagentia (2014-). He loves to teach and help fighters develop their skills, but he also enjoys archery and dance. Since 2004, he has been on the Unbelts Team ten times and was an Alternate once. 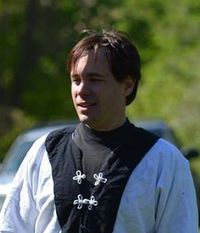 Post Crusades British. Crowe's father was a learned man who traveled from place to place teaching numbers and letters to the sons of merchants and minor nobility. Because of this he can read and write and do sums. 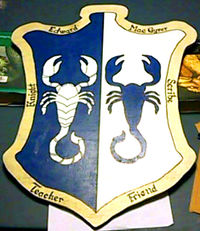