While in the East Kingdom, he has studied the noble art of the rapier -- studying fencing masters in the larger Franco-Italian system. He's also taken to the military arts, training the tyger troops of the East and leading them into glorious battle. He actively studies period warfare techniques from ancient Greece through the early-modern era. He now captains the Carolingian Caliver Company, was a former battle marshal, and retired-Marshal General of the East Kingdom Rapier Army - "Terror belli, decus pacis".

Having retired from Kingdom Army command, he returned to the city and opened a fencing school. 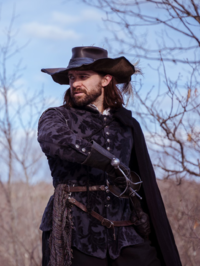 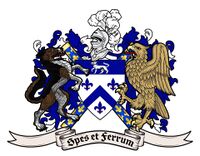 Below is a selection of Remy's research into historical fencing and early-modern military history. Additional research can be found on his blog, JustinSwordFit.com and videos on his YouTube.