2011 was the 40th Pennsic War, and in a history display was held on Tuesday of War Week in the Barn.

The display included a map of the known world map, a timeline of all 40 years of Pennsic, a number of old Pennsic newspapers, photos, site tokens, and early land survey maps.

The Known World map was specifically designed by East Kingdom Historian, Naomi bat Avraham, for the Pennsic 40 history display, and people were encouraged to stick a pin in the kingdom they were from. Each hemisphere is to scale with itself, but not with the other. This was done so that the kingdoms that were most highly represented at Pennsic were large enough on the map. By the end of the display, 18 out of the 19 kingdoms had pins in them, all except Gleann Abhann. 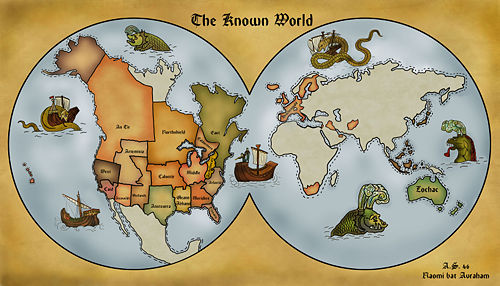 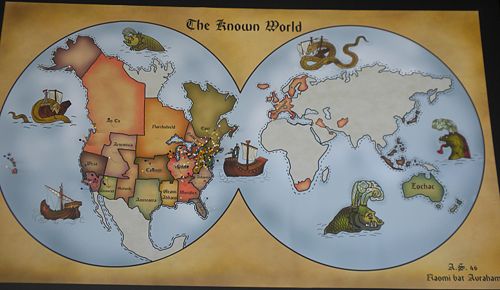 The timeline consisted of the royals for both the East and the Mid for each year, the final war points, and interesting facts about each year's Pennsic. Some Pennsic Facts: 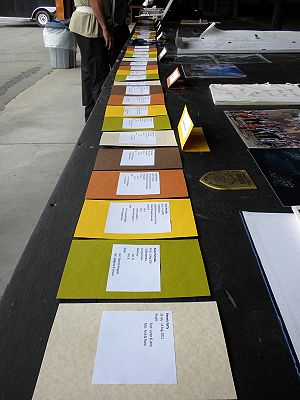 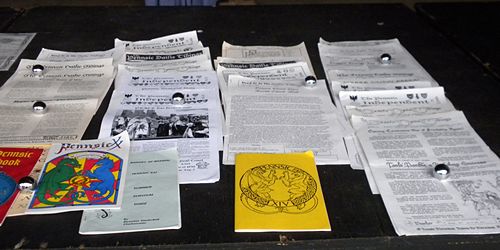 People were encouraged to bring old Pennsic photos to share. There were several albums dating back to very early Pennsics as well as many aerial photos. 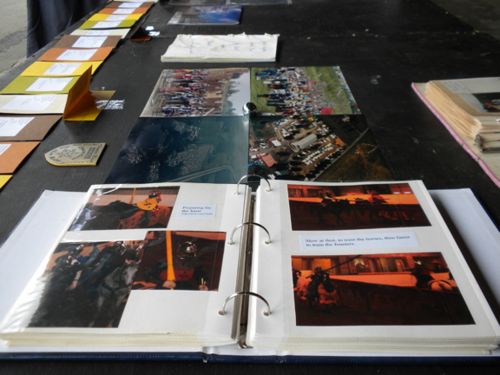 There have been site tokens every year since Pennsic 17, and most of them were on display. 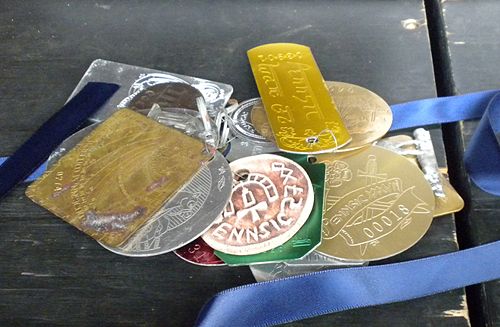 The first detailed survey map of Pennsic was made for Pennsic 19 by Eowyn Eilonwy of Alewife Brook. 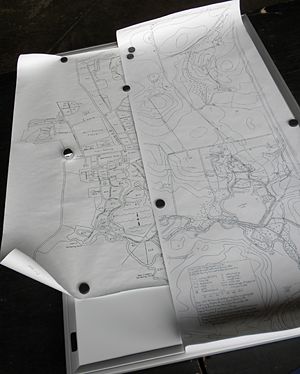