Welcome to the Shire of Panther Vale! The shire of Panther Vale is in the mundane state of Vermont. Located east of VT Rt 100 and north of VT Rt 4 (roughly comprising Caledonia, Essex, Orange, Orleans, Washington, and the northern part of Windsor counties). 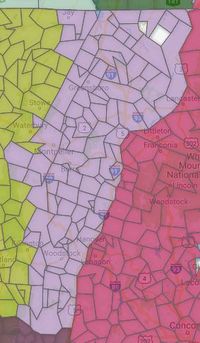 Established: In 1994, Ricard of Mountain Freehold took Alida to Coldwood for her very first SCA event. Upon her return she told people of her adventure and how kind and welcoming the people had been. Charles mentioned that years ago he had been an active member of the SCA and had even received his Award of Arms. Several discussions occurred amongst interested folks and Charles, Alida, Marguerite, Wilhelm and Crispin decided to attempt to start a group in central Vermont. Charles advised that a minimum of 5 people were required, as there were five required offices. Hence, Charles became Seneschal, Alida the Exchequer, Marguerite the Mistress of Arts and Sciences, Wilhelm was Marshall, and Crispin became Herald.

The group met weekly at first and very soon Brenna Lise and Kalf joined their ranks, followed closely by Pyotr. They also heard that a woman named Maggie, at that time residing in Montpelier, had contacted Charles about joining us since she was a member of the SCA and Mountain Freehold and we would be closer than the Burlington area. Maggie kept them intrigued for several months with hints that she might be in attendance at one of their meetings. They were anxious to meet her as she was the only one, besides Charles, who had any real SCA experience.

It was decided to hold a Yule get together and they invited Mountain Freehold to join them. They graciously accepted and while they do not remember all of the Freeholders that attended that evening, they do remember that the Mysterious Maggie finally made an appearance and (the then) Countess Marieke and Baron Cenwulf honored us with their presence. They, as is their habit, were kind, supportive and encouraging. This was the beginning of what was to become many years of friendship, support and alliance between Mountain Freehold and Panther Vale.

Thus was the beginning of the Little Shire that Could and the rest, as they say, is history.

In the fall of 1995, Panther Vale was recognized as an incipient shire. And, in November 1998, Panther Vale became a full fledged shire!