Osc of the Harbours 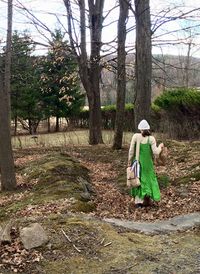 Osc in the Northlands

Lady Osc of the Harbours has been a resident of the Barony of Ile de Dragon Dormant since 2013. Her main interests are archery, recorder and flute music, knitting, embroidery, woodcarving, poetry, and the making of braids and cords of various kinds.

Osc is an 11th-century Norsewoman living in the Vinland settlement.

Member of the Dragons Descant recorder choir (soprano and tenor) 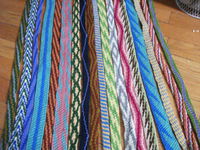 Fingerweaving by Osc of the Harbours

Osc has taught the following classes/workshops:

- Whipcord braiding on a distaff - Practicum 2015