Per the Governing Documents, "The candidate must be considered the equal of his or her prospective peers with the basic weapons of rapier and/or cut-and-thrust combat. The candidate must have applied this skill and/or knowledge for the instruction of members and service to the kingdom to an extent above and beyond that normally expected of members of the Society."

Companions of the Order of Defense have been recognized by the Crown for their exemplary skill in rapier and cut and thrust combat, along with their consistent display of the virtues of Grace, Courtesy and Chivalric Demeanor. Their elevation is accompanied by a Patent of Arms (the highest level of arms).

Members of the Order of Defense may be styled as Master or Mistress.

As for the virtues, the SCA Governing Documents state the requirements for any Peerage candidates:

The Governing Documents also state that the duties of the members of the order include:

Symbols of the Order

The badge of the Order is (Tinctureless) Three rapiers in pall inverted tips crossed.

Elevation to the Order

In addition to the practices common to the other peerage ceremonies, the elevation of a Master/Mistress of Defense will also include the Queen casting a gauntlet before the candidate, challenging them to only take it up if they pledge to continue their art and defend the Kingdom of the East. The gauntlet varies by candidate but is often ornamental and includes the bade of the Order of Defense.

Candidates for the Order who are not already peers are typically sent on vigil, but practices will vary.

At the Founding of the Order in the East Kingdom on May 2, A.S. 50 the attached was the outline given to the participants in the ceremony. 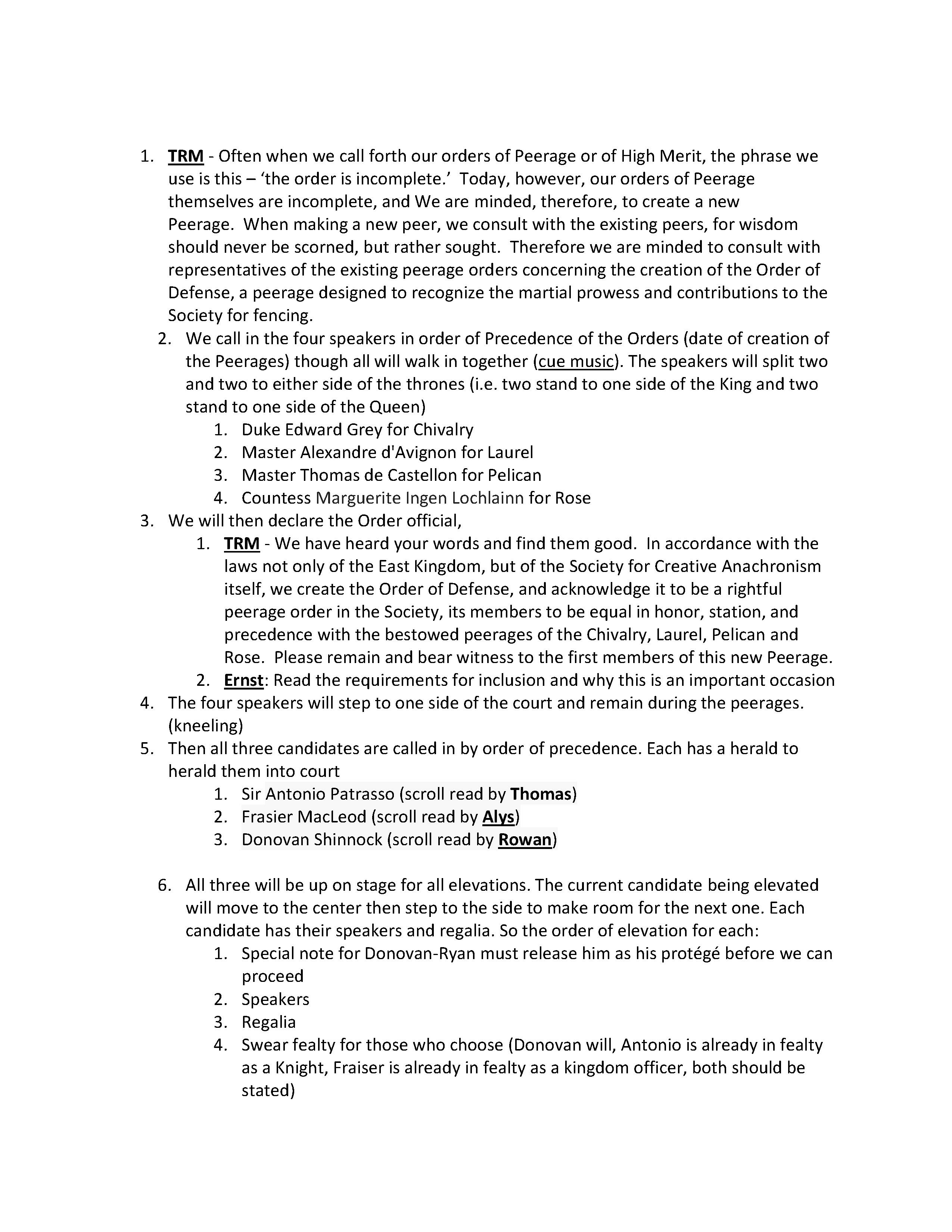 The words of the 4 speakers in support of the Order of Defense as noted in the Ceremony above. 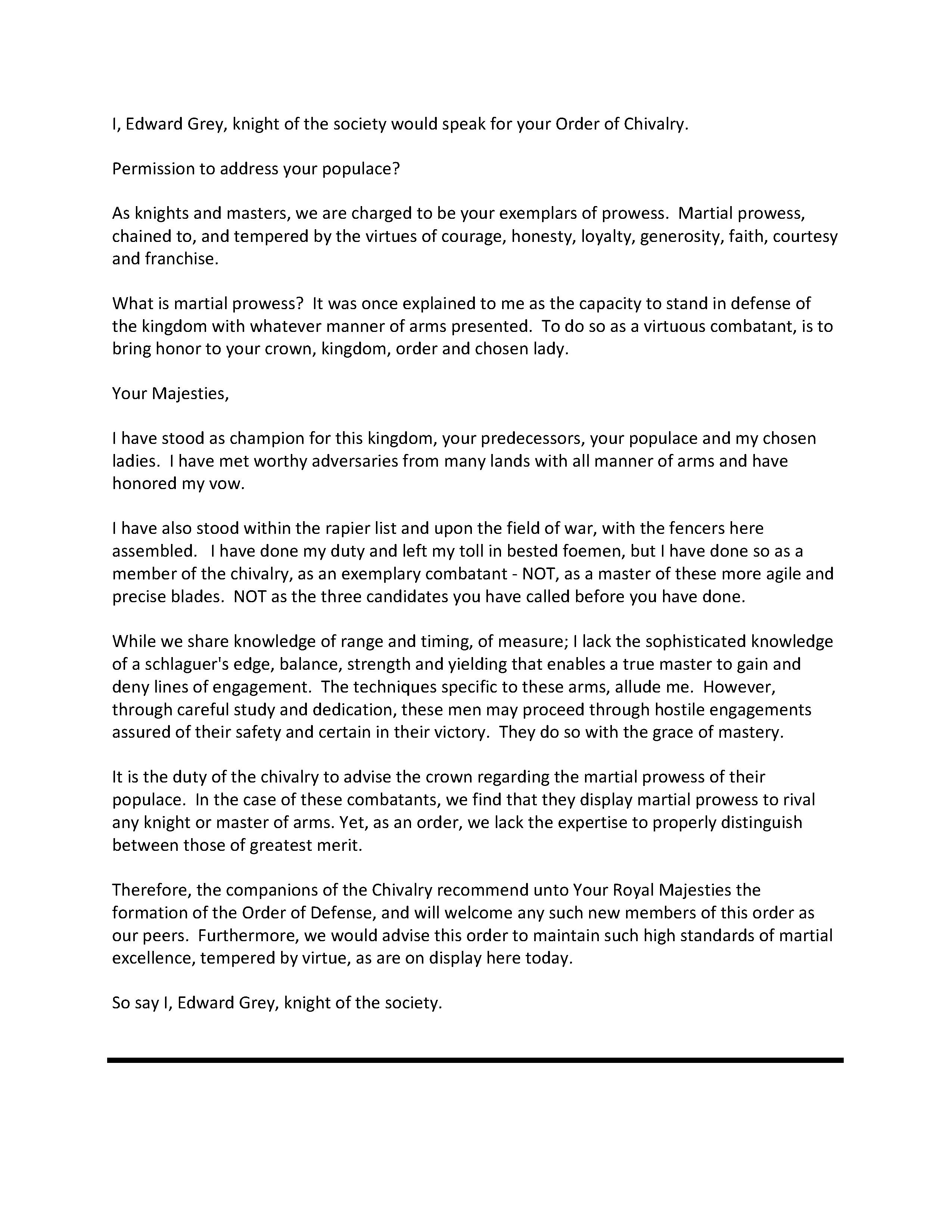 Members of the Order of Defense may choose to swear fealty, but are not required to do so.

Because this peerage was newly created in 2015, a common term for dependents has not yet evolved in the Society. In the East Kingdom, the Masters of Defense have taken to calling their dependents "Provosts" in keeping with the practices of the London Masters of Defense, and marking them with a blue livery collar.

History of the Order of Defense

In 2010, the Society issued a survey to the membership to gather information on a number of topics. One of the items that came out of the survey was that a significant portion of the membership felt that a peerage should be available for rapier activities. The results of the survey were published in 2011 and are available at http://www.sca.org/scacensus2010/

The Board of Directors established the Alternate Peerage Advisory to explore this concept and examine what changes would be needed in Society law to establish such a peerage, as well as evaluate possible names and regalia for such an order. The work of this group was then examined by a second committee composed of representatives from all the kingdoms as well as other respected members of the Society.

At the Board of Directors meeting on January 17, 2015 the Board voted on the creation of a new peerage, and voted not to create the new peerage at that time.

However, on February 2, 2015 the Board of Directors held a conference call and re-examined the question, and voted for the creation of the new peerage. The Order of Defense would be established and members were able to be inducted beginning on May 1, 2015.

The words of the four representatives are available here: