Michel Biornson of the Isles

Michel Biornson of the Isles is from the Barony of An Dubhaigeainn in the Southern Region of the East Kingdom. First introduced to the SCA by friends of his in House Three Skulls in 2011-2012, he took keen interest in the organization, but timing and resources were a challenge to become more involved then. Michel counts his first event with the SCA with Pennsic 45 in 2016 and has become far more involved ever since, recently taking up heavy list fighting and interests developing into a wide assortment of skills.

Michel Biornson was born in the late 9th century, bordering on the start of the 10th, on an island off the coast of Sweden. There he grew up and learned the trade of a carpenter and once he had established himself well enough, he began to wander. His travels and adventures took him through various lands of mainland Europe to eventually settle in the newly established Duchy of Normandy to ply his trade. 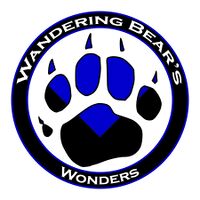