Leana started as a LARPer and found the SCA through friends who wanted her to meet and embroiderer. She wanted to upgrade her clothes and her kit more historical. Her first event was in December of 2014. 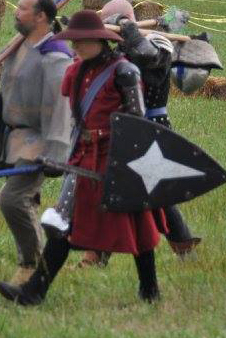 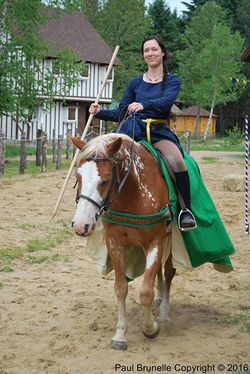 Leana is French. She wanted something related to her French lineage, and she took the surname Doucet to honor her real life step-father.