Keeper of the Eastern Standard for Pennsic

At Twelfth Night in the reign of King Michael and Queen Carissa, House Silverwing (together with their associate Barak Raz) presented a War Standard to the Crown. It had been created by Lady Arianwen of Urquhart and Lord Taran of Windy Hill. It served as the Eastern Royal Standard (including use as the contested Eastern "banner" in the Pennsic Woods Battle) for some years, but was occasionally relegated to decoration of a party tent at the royal encampment, fell into some disrepair, and periodically "went missing". Finally (around the reign of Timothy II as I recall) House Silverwing asked to take possession of it again, promising to repair, maintain, and transport it to every Pennsic. Lady Arianwen now keeps it, and in the reign of Gaufred Kelson II was given the station of Keeper of the Pennsic Standard. As such, she normally carries it at the head of the Eastern army at Pennsic Opening Ceremonies, accompanied by several other members of House Silverwing. 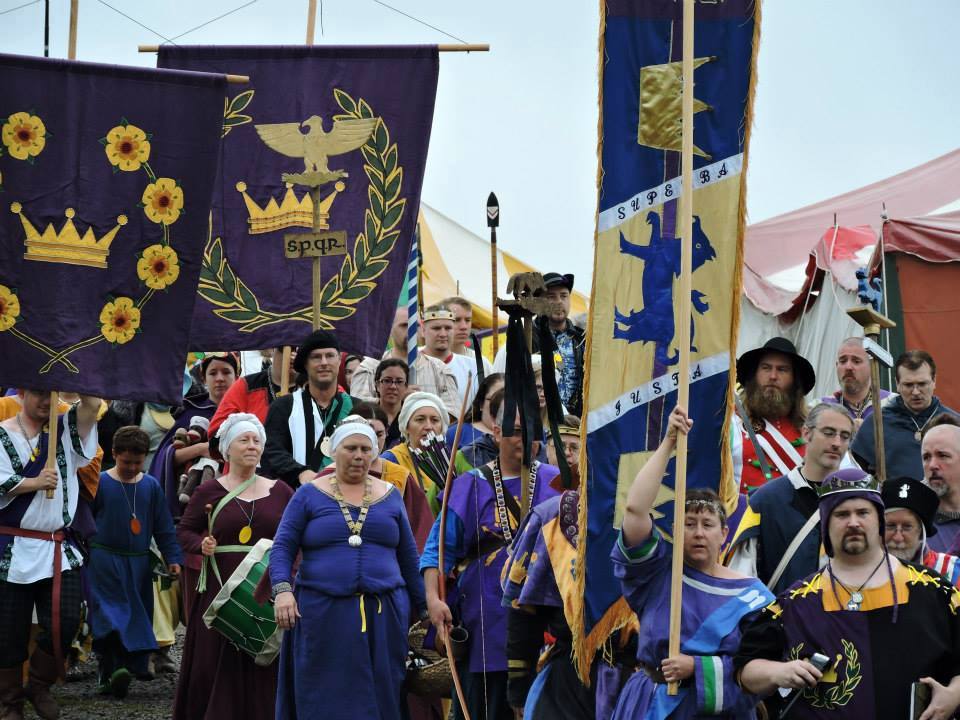 The motto on the standard is "Superbia Justa". When designing the standard, a motto was seen to be necessary, but the kingdom didn't have one. The unfortunate characteristic of a heraldic tyger being pride -- her young can be captured by placing a mirror in her path, in which she will become distracted, admiring herself -- I decided that we were indeed proud, but that our pride was justified, proper, and deserved. --Steffan ap Kennydd 02:01, 4 March 2009 (UTC)