Duke Ioannes Aurelius Serpentius is a renowned Roman Master of Arms, serving as King of the East twice. His love of martial activity is almost surpassed by his love of cooking, preferring, at times, to win battles through the art of food instead of the sword. So when not on the field, Ioannes can be found helping in the kitchen running dayboards or feasts with his squires, Baron Lawrence Vaughan. He is part of two households as a member of Serpentius and a founder of its sister household, Falcon’s Keep. 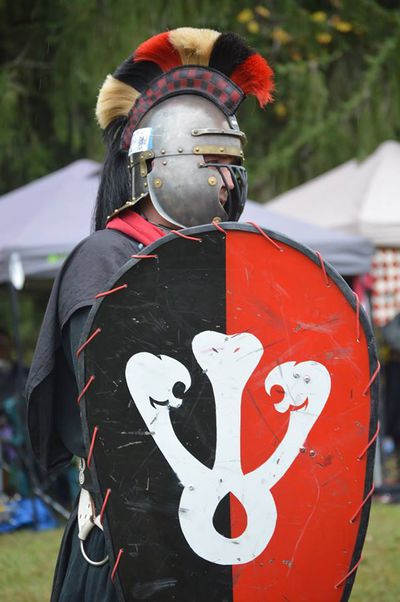