One of the founding members of the Shire of Owlsherst, which was at that time the incipient Shire of Owls Reste.

Began, with a LOT of help, the spring southern region war practice event way back in the dark ages.

I've been doing rapier combat lately and hope to do some archery soon. 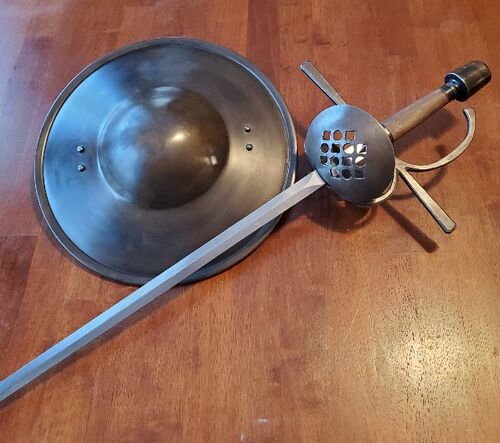