With merriment and respect for their efforts, we welcome newcomers to the brewing arts as well as seasoned artisans by hosting a brewing contest at the Feast of John Barleycorn. We also hold the occasional Brew Ha Ha (brewing workshop) or demonstrate mead making at public SCA demos.

The horrible pun embedded within the Gratuitous Lily Guild's facetious name and device is meant to illustrate the precept that "Who dares to teach should never cease to learn". Our members are few, but we produce quality beverages and don't take ourselves too seriously.

The Guild was originally considered to magically manifest once a year at John Barleycorn, with Aquilina being the only member. Part of the joke was that the Guild would disappear after Barleycorn was over in order to be a fast moving target that was hard to hit. Although Aquilina was also running the brewing contest prior to 2006, that was the first year any reference or heraldry for the Guild appeared. This is because she was using InterKingdom Brewer's Guild forms but was not officially a member or holding an IKBG contest, and therefore had to invent something else to put on top of the form. At least, that is the official excuse.

Aquilina would like it to be known that the Guild's heraldric colors have absolutely nothing to do with certain writings in the southern climes which say BIG FUN ON THE BAYOU or LAISSEZ LE BON TEMPS ROULER, seen most frequently on T-tunics and assorted wagons in that part of the world around a particular Tuesday in March. It's only a coincidence. Really. Trust me.

Formidable brewer Oliver de Bainbridge, much famed for his consistently wonderful beers (but extremely competent in producing all categories of tasty beverage) officially joined the Guild in 2011 and is the second gentle to wear it's colors.

On the 27th of September 2011, God joined the Gratuitous Lily Guild and became the third gentle to wear it's colors. It is currently up for discussion which God, but we are pretty sure He likes wine and/or mead. God adds the divine ability to turn water into wine to the already miraculous calibre of brewing chops displayed by the Guild. However we are sorry to report that neither He nor His fellow Guild Members, nor any other spiritual entity living or dead is currently capable of turning Budweiser into beer. By donning the Guild's colors God manifests His implicit trust in the leadership of this organization, and shows clearly that it is His Mighty, Omnipotent and Unquestionable Will(tm) to promote the making and drinking of tasty beverages everywhere; precisely in the manner that the Guild carries it forth. Those who wish to ascertain whether God manifested His tabard without witchcraft are cordially invited to take it up with Him.

The Gratuitous Lily Guild has been known to process into court at Barleycorn with Aquilina, along with innocent bystanders who have been conned into accompanying her on doumbek, singing a twisted variation of Kesha's "Milkshake"; wherein she announces to all concerned that her "mead batch brings all the boys to the yard" (now including Deities, apparently). Aquilina is currently accepting bribes to not sing this song again this year. Small, unmarked bills only, please. 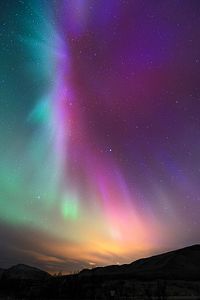