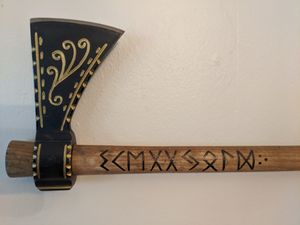 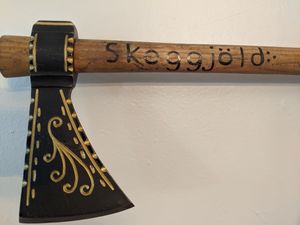 The second holder of the Golden Axe (Lord Arngeirr Refskegg) named the axe Skeggjöld. Skeggjöld is a Valkyrie mentioned in the Sagas and the Eddas and the names means "Wearing a War Axe". The name was drawn onto the axe's handle in both the Elder Futhark, as ᛊᚲᛖᚷᚷᛃᛟᛚᛞ, and Latin alphabets.