Endewearde's "First Archer" is the title bestowed to the winner of the annual archery tournament held at The Endewearde Hunt event in October.

The Endewearde Hunt was first held in 2004. Lord Gwillim's research indicates, "The earliest mention that I was able to find of our First Archer was in 2007; it was won by "Grand Master Bowmen Lord Godric", who also (according to (Mistress) Brita) achieved his "life's ambition" of beating Master Squirellsbane."

Endewearde transitioned from a Shire to a Barony in 2013. At the time the SCA Board of Directors approved the transition in January, Lady Constancia da Vienne was First Archer. Endewearde's first investiture was held September 28, 2013. A few weeks later, Lord Eoin An Doire was the first archery champion to Baron Ané du Vey and Baroness Sylvia du Vey. 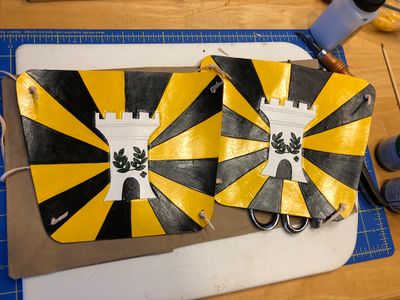