A gallery of works by Elizabeth Mac Neachtain

This project of love showcased my husband Seamus's Commander position for the Southern Army along with his pride for his fighting household Hrafnox. The Viking apron dress was made by me, as well. Naturally, I used the colors of our household Gleipnirvirki. 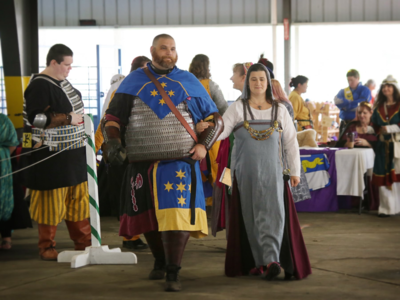 From the Ballad of Svipdag: That road is long and the quest will be long, but love lasts long too. You may achieve your aim if the fates favor you The first charm I’ll sing is well-proven, Rani taught it to Rind. Shrug off whatever sickens you; depend on your own strength. I’ll sing a second time than in case you are tempted to take the wrong path: the bolts of Urd will be railings to keep you on the right road. Then third I’ll sing in case swollen rivers threaten you: the rivers Horn and Ruth will plunge into Niflheim, and the waters will part before you. Then forth I’ll sing in case enemies attack you on the gallows way: your wish will be their desire, and they’ll long only for peace. Then fifth I’ll sing in case you’re fettered and have no freedom of movement: I’ll sing a loosening spell over your legs and a lock will spring apart, releasing your limbs; chains will fall from your ankles. Then sixth I’ll sing in case storms at sea go on the rampage in the way no man can: neither wind nor wave will harm you, and you’ll have a fair passage. Then seventh I’ll sing in case you freeze in the high rocky mountains: the fatal frost will get no grip on your flesh, and your body will be unharmed. Then eighth I’ll sing in case you have taken some dismal track in the darkness: no curse from a dead Christian woman will ever harm you. Then ninth I’ll sing in case you have to debate with some brute of a giant: your head shall be well-stocked with wits and your mouth with wise words. Now take the road with all its hidden dangers, and let no evil work against your love! Carry my words with you and keep them in your heart; you’ll prosper for as long as my words live in you. 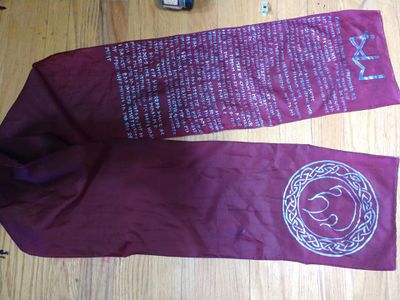 Ruslan's Tiger of the East Banner

Depicted therein are all the accolades earned by Ruslan up to and including his Tiger of the East. 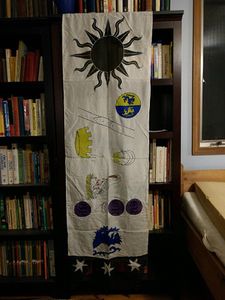 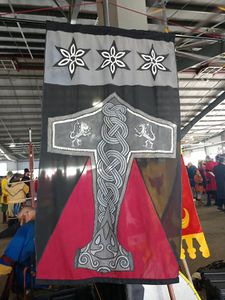 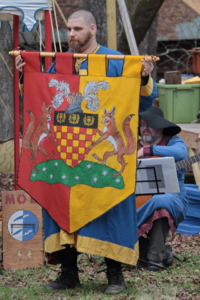 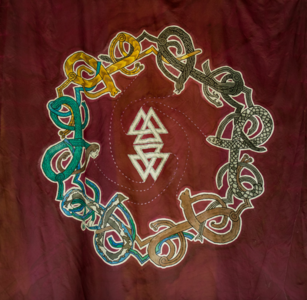 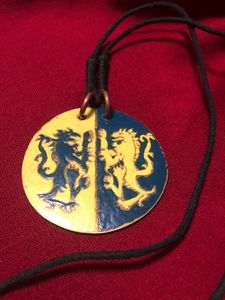 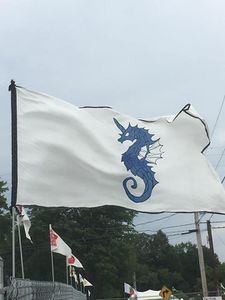 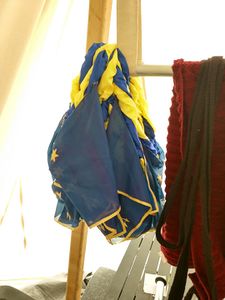 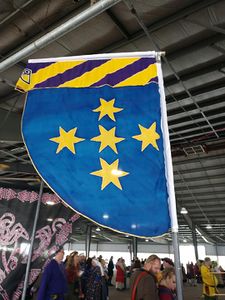