I first discovered the SCA via a newspaper article when I was in 4th grade, and read numerous other articles about it over the years, but was not able to actually join until I got to college in 1983 - and have been an active member ever since. I started in the Kingdom of Meridies where I joined House Eagle from which I get my name. I then moved to the West - Barony of the Far West - and was part of an active but unofficial group aboard the USS Midway and then the USS Independence (and have video of fighting aboard the ship ;^) before settling here in the East. I am a heavy fighter, squired to Duke Omega.

A professional soldier from the continent, moving from war to war between 1480 and 1520.

I love the "DIY" nature of the SCA, and have an interest in woodworking, leather work, and simple metal work. 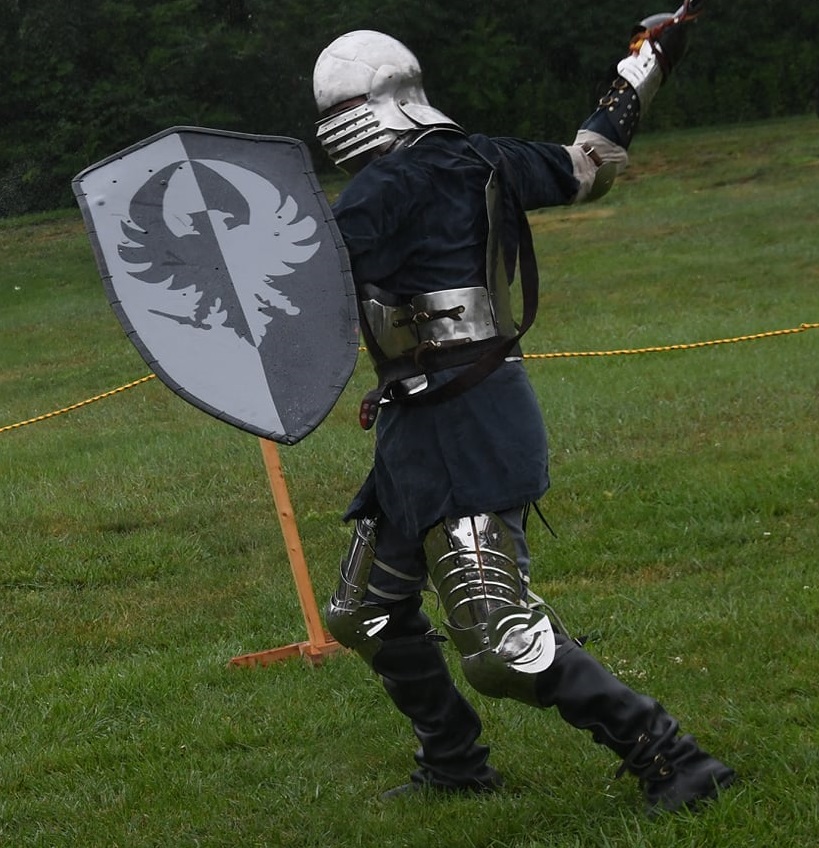