Eleanore MacCarthaigh, OL OP has been in the SCA since June of 1991. Her first event was in the Barony of Arn Hold (Boise, ID) in the Principality of Artemisia. She moved to the East Kingdom in 2002 and has been an active resident in the Barony of Bergental since then.

Eleanore MacCarthaigh, originally, was a 15th century crazy Irish woman who inherited her father's lands when he died due to the lack of a male heir. The whole story was written out long ago in Arn Hold but is entirely a work of silliness that should not be the subject of a wiki. In reality, she is a diverse person who wears garb of whichever century she is in to at the time and does illumination, calligraphy under duress, and cooking, and wants to do lots more.

If you want to find her and know she's at an event, look in the kitchen first! 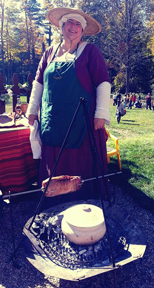 Some idea of her activities may be surmised from her awards list herein:

Various other officerships in Artemisia 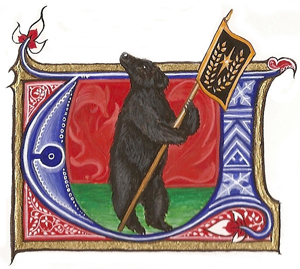 There are too many to name! Stewarded events and feasts throughout her career. Notable:

Re-designed and ran the Gate for Brion & Anna's Coronation 2006

Event Steward for the Laurel's Prize Tourney in 2006

Organization of Bergental's Pennsic Encampment (you should see our kitchen!)

Care and Feeding of Ironware

The No Line Gate

How to Clean That (cleaning professional and specialized gear for helpers) 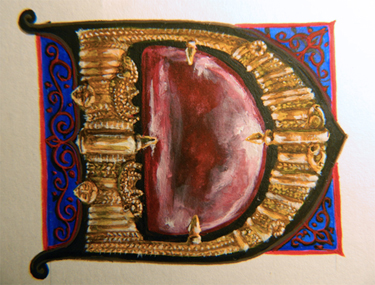 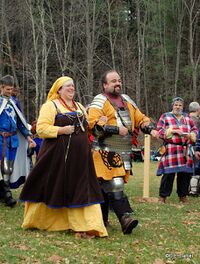 Member of the Compaignie des Cuisiniers (cooks who love supporting other cooks, especially each other)