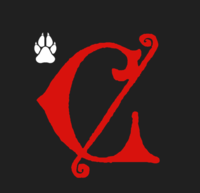 I portray antiquity persona(s). I normally portray an Iron Age Pre-Roman and Romano-British persona from the Silures tribe in Southern Wales. I also portray Bronze age Hallstatt culture and Iron age Le Tene culture on the European continent, these cultures were considered proto-Celtic and Celtic, respectively. My time period ranges from about 2000 BCE - 100 CE.

I occasionally dip into Roman, Greece (specfically as a Hetaria), and later periods (13th century).

Here are some links that tell you a little about my personas. Keep in mind these are overviews. :) 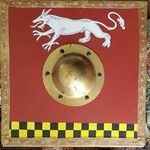 Please inform Vindiorix "Black Finn" Ordovix (Justin Davis) if I need to attend court. Justin can be reached through Facebook.

I have been in the SCA since 2009 as a heavy fighter, but only really became active starting in 2017 when I moved to the East Kingdom/Shire of Mountain Freehold. I have been with Clanne Preachain since 2017. This group is not an SCA Household, although many of its members are are in the SCA scattered throughout several Kingdoms and Houses. In 2020 I also joined Fir naLeon, an SCA household. In 2022, I also became affiliated with Ironhearth through Sir Euric. When you belong nowhere, you can go anywhere.