In July of 2016, Altan Budang discovered the SCA through his brother and mentor, Sir Hassan Ibn Abd Al-Malik and has been active ever since.

The year is 1294, five years after the death of Genghis Khan, Altan Budang is a Mongolian warrior of the Golden Horde, who originally hailed from the Mongol capitol Karakorum. He was a liaison to the Ilkhanate based in Iran and lived his live serving the Khan, constantly traveling the Silk Road. 53 years after The Battle of Legnica and the Mongol Empires victories over Henry II the Pius and the Templar Order in Poland, Kublai like his grandfather Chinggis Khaan before him attempted to absorb the faithful of the nations he conquered and allowed them the freedom to practice their faiths without persecution as a form of 'Celestial Insurance". Altan would learn the ways of the Templar and their faith as a continuation of the good faith, therefor he was offered as a gift to the church by Gaykhatu Khan. Yahballaha III(Patriarch of the Church of the East) Would then present Altan to the Good Knight Jibril al Dakhil who would have taken Altan on as his squire, teach him the ways of Chivalry and introduce him to the Order of Saint Adrian 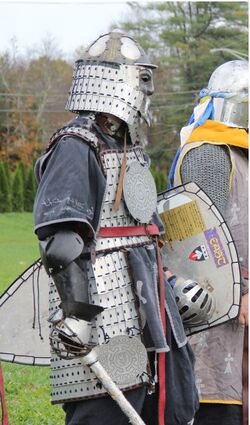 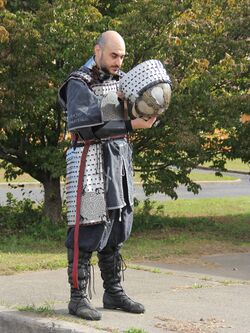 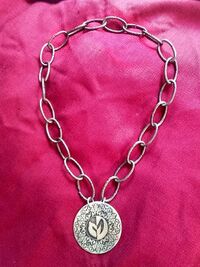