The Society for Creative Anachronism's Barony of the Bridge encompasses the entire modern state of Rhode Island of the United States of America. 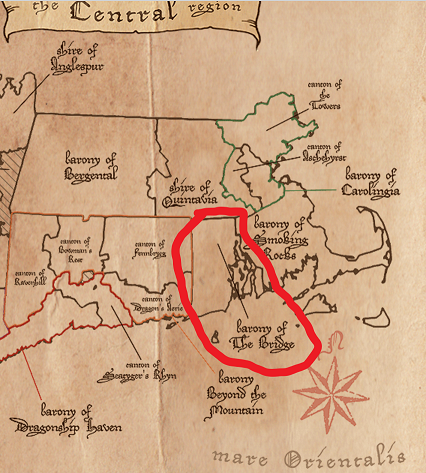 Meaning: Named from the Crawford Street Bridge, formerly (before the downtown rivers of Providence were re-routed) the widest bridge in the world (note: widest, not longest). The Crawford St. Bridge was in essence downtown Providence. Also the group was in its early days considered a bridge between Ostgardr and Carolingia.

Blazon: Azure, a twin-towered, three-arched bridge and on a chief Or a laurel wreath vert.

Barons and Baronesses of Bridge

The Baronage of Bridge