Álfrún Álfarsdóttir joined the SCA in the Shire of the Northern Outpost in the Northern Region in April 2009. She has recently moved to another area of the East Kingdom.

Her SCA interests focus on 10th century Sweden. She has made some of her own garb and is has studied various period crafts with the help of Dalla Olafskona. She is a member of House Wolfhaven. 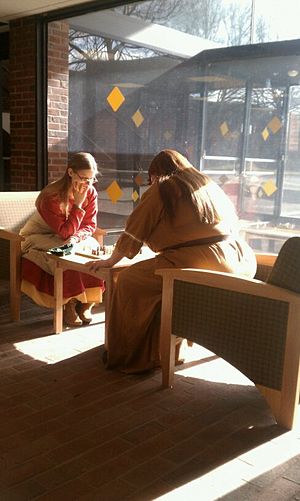