Baroness Alanna got started in the SCA in the Shire of Hartshorn-dale, creating an unofficial college branch called College of the Sleeping Bear that she was Seneschal of for the 4 years of being there. She recruited others for the group who are consistently participating to this day, including Mistress Elysabeth Underhill, THL Jacqueline Cross, Lady Adriana Michaels (Atlantia), and Lord Matthew of Dun Carraig (Atlantia).

After Hartshorn-dale she has lived in Caer Adamant, Quintavia, Carolingia, and now is back in Quintavia. She has no specific time period or persona, and much like her location in the current middle ages, bounces around between cultures, time periods, and genders for garb. She is happy to use female titles regardless of the gender of garb being worn.

Alanna is protege to Mistress Eleanor fitzPatrick. Her interests include equestrian, making garb, embroidery, thrown weapons, archery, helping where needed and learning new things. She is a completionist so has a competency ranking for all categories of the Athena's thimble embroidery guild. She is current Central Region Deputy Exchequer, and is running gate for the upcoming K&Q Rapier Championships in Quintavia. She lives in Quintavia, but also claims allegiance to Carolingia and Barony Beyond the Mountain, regularly attending practices with both groups.

Other random things Alanna is super proud of:

Things I've been Marshal in Charge for:

Feel free to recruit me to teach any of the following, which are generally ready to go with short notice, as I have taught them before!

Things I'm happy to teach one on one:

Alanna of Skye also has an often neglected blog! Check out crafts and other fun things she's done, worked on and is working on now here: Alanna's Blog (If it's current that's a minor miracle) All 12 competency projects for the 12 categories of Athena's Thimble are included there. as well as a ton of other stuff.

She also has other work featured in the wiki, including the Manesse Codex Tapestries for EK Royal (Horse Panel)

Alanna prefers not to be surprised but won't be mad if you can't warn her before. Contact Eleanor fitzPatrick and Karrah the Mischievous (Karrah Mis on fb) if needed. 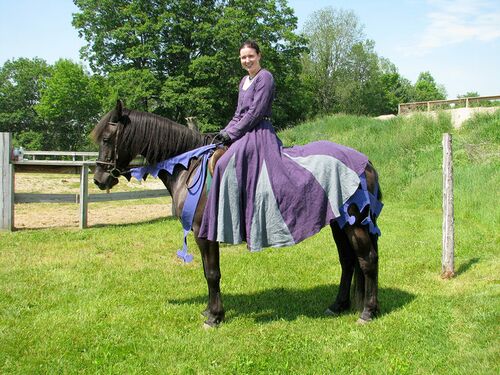 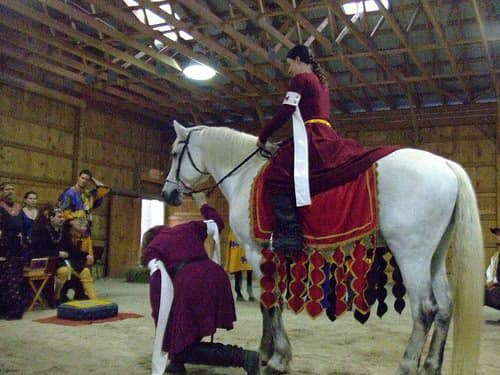 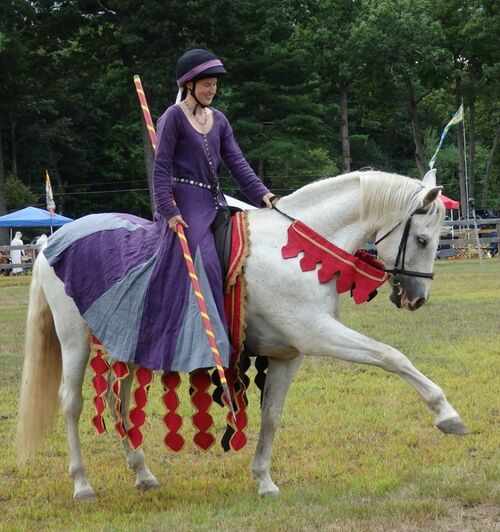 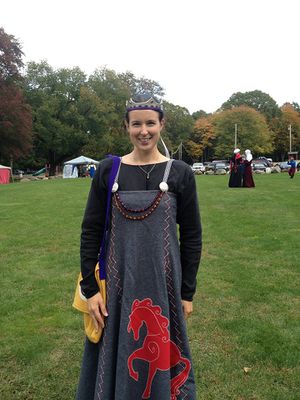