Yes, please, for giving me an award online. Our court and event staff are under a lot of strain. If an award given in a virtual court would help them, I'm all for it.

Aiden joined the SCA sometime around A.S. 42 to 44 (2007-2009, ish). After a stint as an archer, he found fencing, and soon discovered that stabbing things is all sorts of fun. He later became a fencing marshal, and has become increasingly interested in sewing. He also likes long walks on the beach, and beer, preferably combined. His favorite color is tartan (😉).

Aiden is 16th Century Scots-Irish He adopted an anglicized name, which is easier for him to spell. 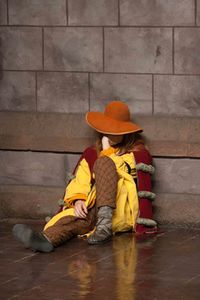