Yin Feng-yu (殷風雨) was introduced to the SCA by attending the regular weekly Rapier fight practices in both the Barony of Concordia of the Snows and the Shire of Anglespur back in January 2014. Her first event was The War of the Roses, May 2014 and has been hooked since. Her passion largely being in fencing, Yin has recently taken up Archery, Heavy Combat, and Illumination.

Yin Feng-yu was born and raised within the city of Guangzhou in the late 1500s. Her mother worked in a brothel and her father is unknown. Fengyu was taken by the Wokou at a young age during one of the raids outside the city walls. During her captivity she learned for the first time about the outside world and the sea. She spent her young days working on the deck and traveling with the Wokou where she learned many forms of combat, religion and culture. 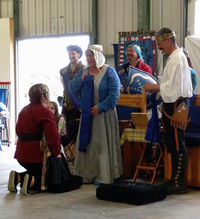 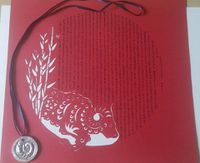