Lady Vitalia la Soliel started in the SCA in the year ASXXXII (1998). I began attending dance practice in the Barony of Concordia of the Snows after learning about the SCA from a fellow class mate in college. My first event was War of the Roses ASXXXIII, and it will always be one of my favorite events for this reason. Later that year, I attended a Concordia event called Lovers and Other Strangeness were I met the man who would, one day, be my husband. I became protégé to Baron Master G. Emerson True.

In ASXL I moved to Atlantia and then to Trimaris in ASXLIV. I did not find my niche in these two kingdoms and became inactive, only attending the occasional War of the Roses and Pennsic. Near the end of ASLIV I happily moved back to the East with my family and we now live in the Barony of the Bridge.

Shorty after arriving in the Barony, I accepted the role of MoL. My Lord, AElfwine, and I saw the need for a regular fighter practice. We began to host a weekly practice in our back yard. When we have interest, we offer different A&S activities. Some of these activities have been cooking period recipes over an open fire, candle making, and several fiber arts. When we are able, we record the combatants so that they can review their fighting on our Youtube channel. https://www.youtube.com/channel/UCxOp7eOMtHY-0hl-hWhitQA/videos

I am a potter. I enjoy sewing, cooking over a fire, serving as a retainer, and helping in the kitchen during events. I dabble in many different aspects of the arts, having learned how to spin, embroider, tablet weave, and several other things that I can't recall at the moment. 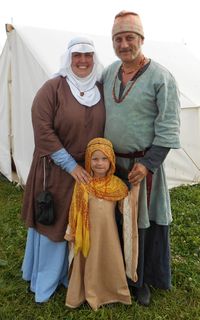 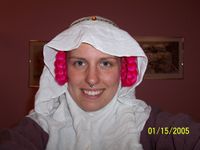 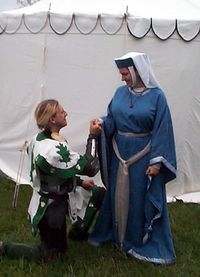 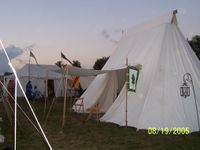 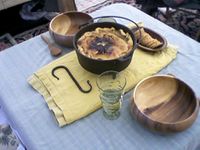 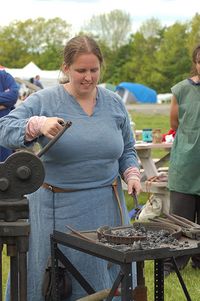