Margaret was born late in the Year of Our Lord 1545 at Nunraw Abbey, near Garvald, East Lothian, Scotland. Her father, Andrew Hepburn, was a lawyer employed by the Lord Lyon King of Arms, well-known for his skill as a scribe. Her mother, Madeleine Guinefort de Joinville, whose family had long been in service to the de Guise household, came to Scotland as a sempstress in the retinue of Her Highness the Queen Consort, Marie de Guise.

Margaret was mostly raised at the Abbey as her parents followed the Court on its travels, the Abbess being a Hepburn cousin. At 12, Margaret was fostered out to the Beaton household near Brechin; Lady Beaton was the former Joanna Grisenoirs, a French-born lady in waiting to Her Highness.

After Her Highness' death in 1560, Edinburgh and its environs were no longer safe for those who were openly Catholic and Andrew sent his wife and daughter to France for a time. Margaret and her mother first travelled to Rheims, France, where Her Highness was buried. They then lived in the household of Marie de Guise's mother Antoinette de Bourbon, wife of the Duke de Guise.

While living in Joinville, Margaret's mother Madeleine attempted to arrange a marriage for her with a French cousin. Desiring that his daughter wed a Scotsman, her father stepped in and instead contracted a marriage for her with a son of the Montgumery family, Simon, who had been studying at Scots College in Paris and was serving as a member of the French King's Scots guard. Simon and Margaret wed in Paris. After the birth of their son, they both desired to once again live in Scotland and left France. They lived briefly in Bruges, where they remarrried in a Protestant service. Scotland was now a Protestant country and they wanted there to be no question of their son's legitimacy. Eventually, they returned to the east coast of Scotland, living in the Ayrshire town of Ardrossan, in the Valley of the Clyde.

In addition to managing the household, Margaret owns several saltpans in nearby Saltcoats and sells her salt, as well as butter and cheese, in Glasgow. She uses some of the money from her business to fund her cookery books and expensive spices, as well as her secret vice - French novels.


In 1580, Simon sued Margaret for divorce due to never receiving a Papal dispensation as they were related in the third degree of consanguinity. As the Reformed Church in Scotland only now recognizes the impediments listed in Leviticus, he petitioned the Roman Catholic Church directly. Rather than fighting the bill of divorcement, Margaret retained a very fine Edinburgh lawyer, Douglas Glendenning, who helped her craft an intricate divorce settlement helping her retain her dowry, all rights to the businesses she created during her time as wife as well as a generous jointure to be administered by her lawyer. Margaret has retained ownership of their home in Ardrossan as part of her divorce settlement. According to Margaret, Simon has settled in France and is running his family's business from there. Her businesses continue to thrive and she has added a local trade in medicinal herbs. Her mekkilwort and foxtrie are particularly prized amongst local housewives. 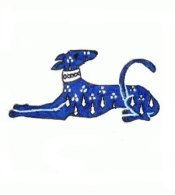