Difference between revisions of "To Make White Mead"

Take to every three Gallons of water, one Gallon of honey and set the water over the fire, and let the honey melt, before the water be too hot; then put in a New-laid-egg, and feel with your hand; if it comes half way the water, it is strong enough; Then put into it these Herbs, Thyme, Sweet-marjoram, Winter-savoury, Sweet-bryar, and Bay-leaves, in all a good great handful; which a proportion for ten Gallons; Then with a quick-fire boil it very fast half an hour, and no longer; and then take it from the fire, and let it cool in two or three woodden vessels; and let it stand without stirring twenty four hours. Then softly drain it out, leaving all the dregs behind. Put the clear into your vessel; and if you like any spice, take Ginger, Nutmeg, Cinnamon, Mace and Cloves, and bruise them a little, and put them in a bag, and let them hang in your vessel. Before you put your Meath into the vessel, try if it will bear an Egg as broad as a peny; if it do, then it is very well; and if it be made with the best White-honey, it usually is just so. But if it should prove too strong, that it bears the Egge broader; then boil a little more honey and water very small, and put to it, when it is cold: and then put it into the vessel. It is best to be made at Michaelmas, and not drunk of till Lent.

Gathering components One of the first things I did was determine what plants I would need. I figured out which plants I was able to grow on my own and which plants would have been gathered by trade. I sent a letter to our Baroness Isobel to help me with this as she is an avid gardener. 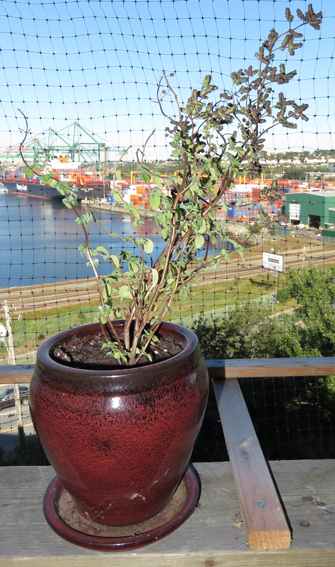 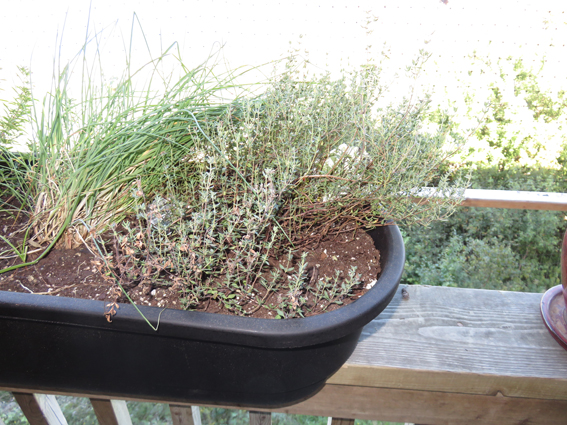 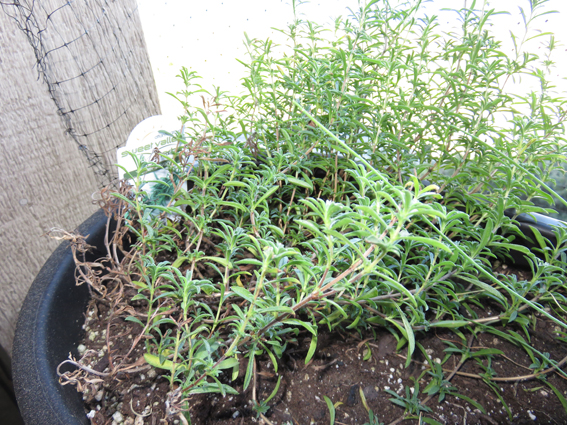 Brier (a rose bush) was the only ingredient that I was unable to acquire. It is classified as an invasive species and thus not sold and often destroyed in Nova Scotia. I had cooks look for it at Pensic and friends that traveled to England keep an eye out for it, but in the end it was not attainable. I did not substitute a local rose as Sweet Brier has a distinct smell to its leaves. I determined that this quality is the reason that Sweet Brier was included in this recipe. The honey I used is straight from the apiarists, made mostly of wild flowers and clover.

The water I used I gathered from a fresh spring at a local campground during our fall Siege of Castle Theo d’Or event.

I added a bag of oak wood chips to the batch to simulate the wooden vessels that should be used.

I didn’t know what Michaelmas was, so I looked it up about three years ago when I first settled on this brew. Up until writing this, I understood that it was a holiday tied to the Spring Equinox. I was wrong, it happen on the 29th of September on the modern calendar and on October 11th historically. So I brewed my mead on the first day of Fall, like I thought I was supposed to. I honestly don’t know how I got this wrong but I did.

I took the ratio of three water to one honey and brought it to a ratio that would make a full batch, this being 5.75L honey to 17.25L water. I did a test with this ratio mixing 750ml water and 250ml honey and floating an egg in it. I looked up the size of a 1669 English penny and found the egg floated out of the liquid very close to the diameter of the penny. I took this to mean that the ratio would be adequate and added the rest of the honey to the mix so that it could be boiled. The recipe called for “Thyme, Sweet-marjoram, Winter-savoury, Sweet-bryar, and Bay-leaves, in all a good great handful” for a 10 Gallon batch. As I was only making 5.5 gallons (23L) I used what I would consider an “honest handful” of the herbs

This worked out to being: 3g dry Bay Leaf 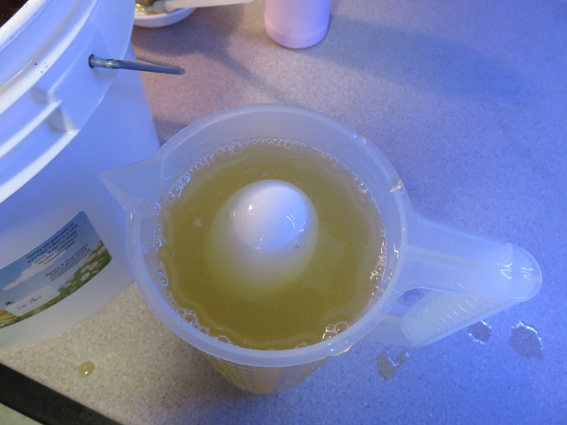 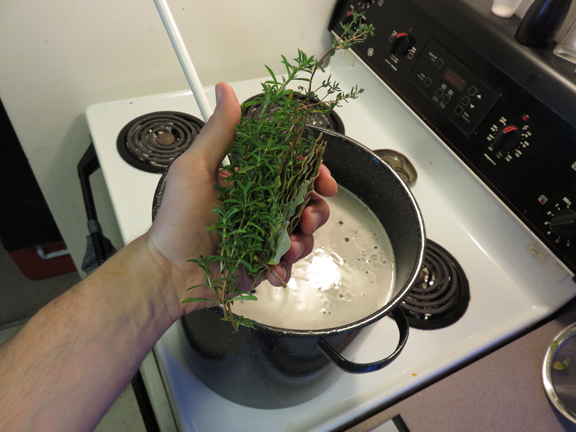 I boiled this for 30min skimming what I could. I cooled it some in the pot and then put the mix into the primary fermentation pail with 30g of Oak chips. The next day I scooped out most of the wood chips and plants and added the ginger, mace, nutmeg, cinnamon and clove in a cheese cloth bag making a point to give them a few whacks with a rolling pin first. On a whim I used this much: 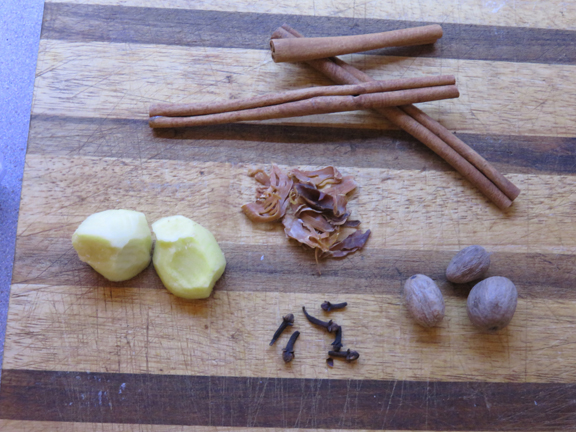 I added the yeast at this time (k1v-1116) and applied no extra nutrients or yeast energizers. Sugar gravity at this time was 1.090 I flipped the mead once on Jan 4th, new sugar gravity was 0.990. At this point I took out the spice bag. I then let it sit until the first day of spring which was 4 days before the end of Lent. Since it said “not drunk of till Lent” one could say it was drinkable during Lent or ready for the end of Lent and could be served at Easter. I was impressed with how well it cleared without the use of any elements to help settle it in such a short time. 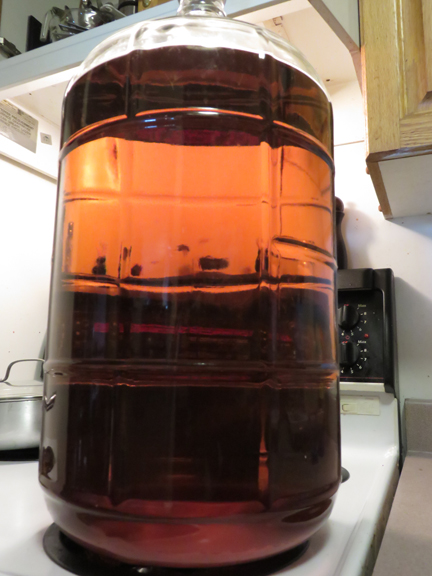