Thorvald joined the SCA in 1981, in the Barony of Carolingia. Thorvald is one of the founding members of the Weresheep Household.

Describe your persona and persona history (as much as you wish). Consider the narrative you'd like to share with someone you've just met. If you know it, what time and place does your persona inhabit? What is their status or profession? If you think it is relevant, what is their gender identity? 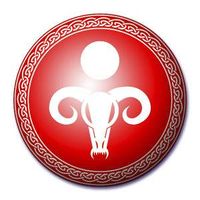