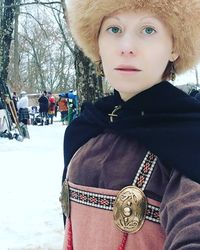 Corvina is a proud member of Crimson Company. You can often find her hanging out with the fine people of House Argent Fist.