Snorri Olafsson is the son of Olaf Haraldsson, and a member of House Wolfhaven. He is a viking in the truest form, with a love of fighting and drinking, though with an unhealthy love of seals... He started in the SCA in the Shire of the Northern Outpost, and currently lives in the Shire of Coldwood with his lady Tirzah and daughter Haley. He is a member of House Wolfhaven's hirð, fighting primarily sword and shield. He received his AoA at Northern Region War Camp in 2014. Snorri is a protege to Olaf. 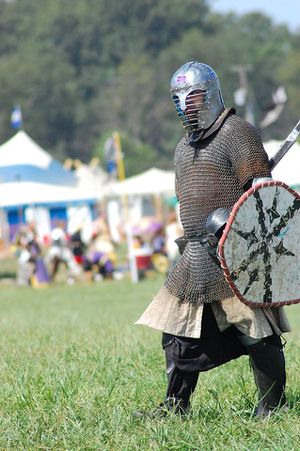