Mary Elizabeth Ryan joined the SCA in 2006. She is a resident of the Canton of Seashire, in the Barony of Ruantallan, within the Crown Principality of Tir Mara. Mary Elizabeth has held offices in both the Canton and the Barony, as Exchequer, and for a short time, as Deputy Baronial Seneschal. She is a past secretary of the Dabblers Guild and the founder of the Ruantallan Benefactors - a group of individuals dedicated to providing funds to offset event costs for people facing financial difficulties. She has been awarded the Order of the Iceberg - a Baronial level award for service, Order of the Silver Crescent, and Seamstress to the Crown. 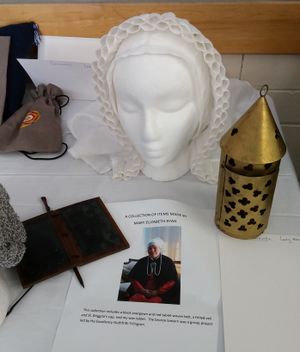 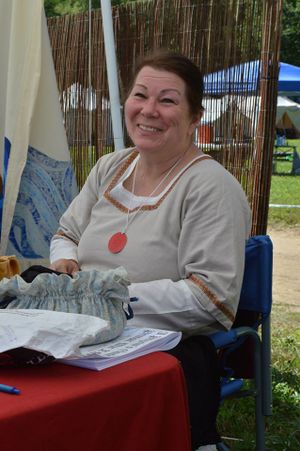