Difference between revisions of "Marian Kirkpatrick" 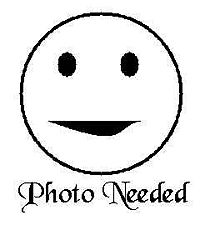 Marian Kirkpatrick is a protégé to Mistress Pagan Graeme. She organizes things and enjoys enhancing others experiences within the society through service to the Kingdom, her home Barony of Bergental, and surrounding Baronies. She strives to help create a piece of the magic that weaves the tapestry of the Society and Kingdom we all love so much. She can often be found helping in the kitchen, at gate, or being loud in service to the Crown of the East as a voice herald, whether in court or on the list field.

Marian has recently begun leather working and thrown weapons. While she continues to gain enthusiasm to make functional things prettier, she also finds the “thunk” of her axe sticking in a target quite satisfying and sometimes even gratifying.

Marian’s persona jumps through space and time, at her whim. She often finds herself traveling to new and different places, based clothing trends and what she would like to wear. Currently her favorite is Italian Ren, however, much like a woman’s temperament that can change at any time.