Kathrine Du Pré of Coldwood, more commonly known as "Kit" has been a member of the Society since May 2011. She currently resides in Coldwood with her husband and son. 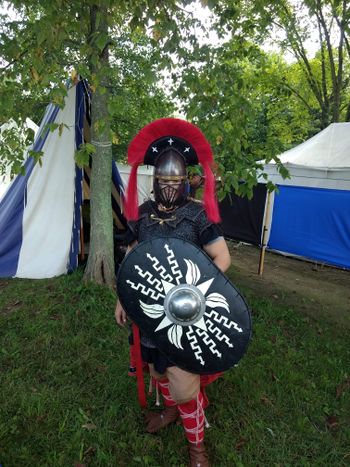 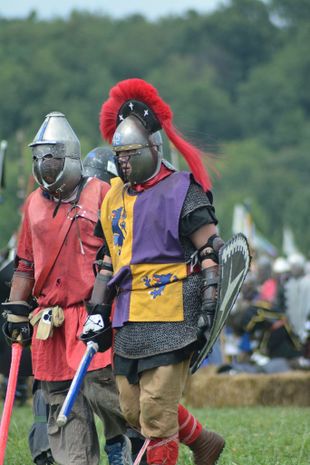 Currently Kit is portraying Aciterix Caldius Julius Cittinius, a legionnaire and Centurion/Evocati of the 12th Legion in ~50BC. Originally from Gaul, but pursuant of citizenship, this up-jumped hick became a lifelong member of Rome’s armies. This, unfortunately, has lead to fighting their own people in the Gallic Wars.