Difference between revisions of "Ivyeinrust"

Ivyeinrust is a Bailiwick of the Barony of Bhakail in the Southern Region. Founded in 1981 at the University of Pennsylvania, the Bailiwick now encompasses parts of West Philly, South Philly, and Center City Philadelphia.

It is the last remaining Bailiwick in the SCA.

Meaning: Ivyeinrust is an anagram of "University" and "Ivy" because the group was founded at UPenn - an Ivy Leage University.

Arms: Argent, an ivy leaf within a laurel wreath vert and a chief embattled sable. 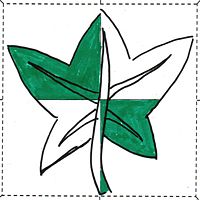