The owner and captain of the ship smiles at another successful journey. From humble beginnings as the son of a shipbuilder in the city of Ryazan', he had enlisted as a sailor for a Rus' trading firm, and had learned the rivers and trade routes from the Baltic to Byzantium, and the Dnieper to the Volga Rivers. With some luck and hard work, he rose in the ranks and became owner of the firm. He now lives in Kiev, where he has a modest estate and influential customers. His name, however, still honors his father and his city of birth: Ivan Matfeevich Rezansky.

Ivan was humbled to be admitted to the Order of the Laurel in 2010 by King Siegfried III and Queen Elizabeth I of Northshield. He was laureled in embroidery, but was also recognized for his skills in "divers arts". His interests include goldwork, lampworking, leather work, research, Russian history, Russian ecclesiastical history and iconography.

Some of the classes he has taught over the years include:

Contact my wife, Lady Cwenthryth wine. I am open to being recognized in virtual court or in person.

My household is called House Apiary, or Дружина бортьника / Druzhina bortenika in Old Russian. The household badge is Or, a Glagolitic letter "buky" within a bordure sable, and features a charge of the letter "B" in the Glagolitic alphabet. 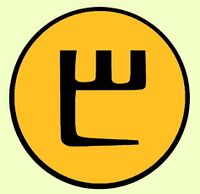 Gallery of Some of my Artwork