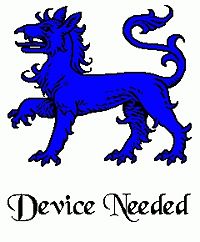 The Viking son of Thor's drinking stein traveled across land and time to steal the heart of his beautiful lady wife Anna of Carillion.

I try to help out when and where I can.

Also a member of the Markland Medieval Mercenary Militia