Excellence in all we do, Integrity first, and Service to the Dream. 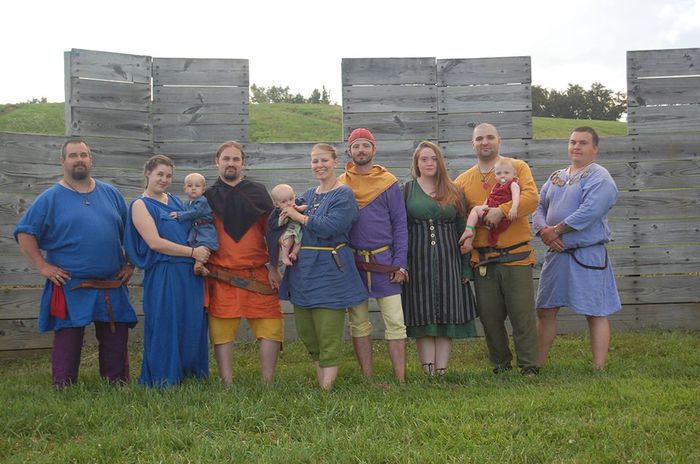 Once upon a time, Olaf found himself with a group of people, all fighters. Olaf decided to give them a place to belong, and a group to fight with. This was the beginning of the Wolfhaven Free Company, a mercenary group or free company in Olaf's employ. They fought for Olaf, and by extension the Northern Army, in exchange for various trinkets and loot. They had no fealty tie, and were free to sever their contract if a better fit for them came along. At its height, it was only 6 or 7 people, consisting mostly of newer fighters...but the camaraderie they shared was important.

People moved on, moved away, and left the game...and the unit went dormant. Olaf took a break for a few years to pursue some goals in mundane life. When he came back around 2004, he organized/ reorganized Wolfhaven to fit with his new understanding and wisdom about himself and his relationship to the Society.

House Wolfhaven's principles were based on the modern U.S. Air Force core values, and the House was intended to emulate a household that could have existed in medieval Norse society, set up something like a Norse farmstead, with Olaf as the head of the house, surrounded by his family and hirðmenn (household troops).

Members of House Wolfhaven are working towards the following shared goals:

Members of the hirð are working towards the following additional standards:

It is expected that House members progress towards an authentic looking kit appropriate to the social status of their personas.

The fighting force of House Wolfhaven is the hirð... Olaf's hearth troop. THis consists of all members of the House that contribute in a martial aspect... be it armoured, with bow, or rapier. The armoured hirð generally fights in Northern Army III at larger wars, alongside Coldwood's troops. At Pennsic 2015, they were summoned as a unit and given favors by Queen Aetheldreda for their work on the field. 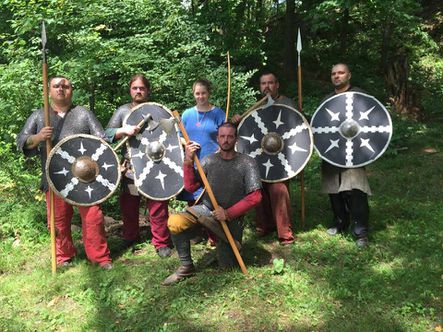 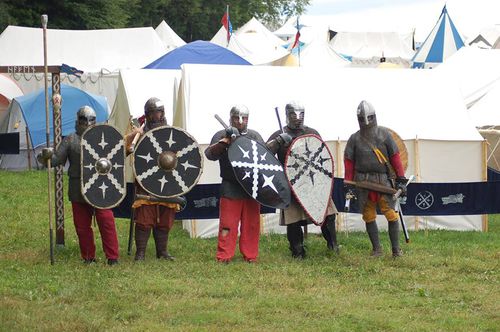