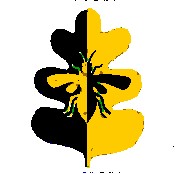 We are a service household in the SCA, based out of the East Kingdom with deep ties to the Barony of Stonemarche and largely living in the Shire of Quintavia.

Our household structure is loosely based on the organization of the Hanseatic League.

The House was founded by Elinor Strangewayes sometime around 2002. Syele and Simona both joined within the next year, and Fortune and Lysken were added in 2006. At this point, the core themes of the House were established.

In 2008, the Household both began its annual Pinata Party at Great Northeastern War and attended Pennsic for the first time, camping within Stonemarche. House Strangewayes has camped there ever since.

By 2011, it was apparent that the Household was adding members on an annual basis, and more organization was needed. As of November 2011, the House was organized into three tiers.

At Palio di Stonemarche in 2013 the Household was officially recognized with a Charter, the text of which follows:

"By these letters do we, Juan Lazaro Ramirez Xavier Baron Stonemarche and Maria Pagani Baronessa, bestow this charter within the Barony of Stonemarche unto House Strangewayes, and herein are outlined the duties, responsibilities, and privileges of said household.

It shall be the responsibility of House Strangewayes to especially aid the nurturing of the southern borders of Stonemarche, fostering and nurturing the newer nobility of this region, and educating them in the rich traditions and history of Stonemarche and the East Kingdom. The household should also take and active role in maintaining diplomatic relationships with those lands bordering the barony, particularly the Shire of Quintavia, the Barony of Bergental, and the Barony of Carolingia, and serve as a liaison to the Baron should any of these lands claim grievance against Stonemarche.

In times of peace, a seat at the table will always be open to friends of the barony, for Stonemarche is known throughout the East as a shining example of hospitality and courtesy.

In times of war, House Strangewayes shall be expected to support the cause of Stonemarche, and should make an effort to acquire allies to aid the barony. However, military service and support that requires a member to journey farther than a day's ride from home shall not exceed three weeks in duration, and at no time prevent or delay the household from the harvesting of the fall crops.

It shall further be the purpose of House Strangewayes to exemplify the ideals of fealty through service. If a member of the household is present at an event when the baron or baronessa or heirs thereof are in attendance, an effort should be made to provide escort or services required to ensure that they receive the ceremony and recognition befitting their station and rank.

And as bees reward the farmer with sweet honey and wax, so do we present the barony with a portion of the fruits of our labour. In return for this service, House Strangewayes shall be recognized as an entity within the Barony of Stonemarche, and the barony shall support and encourage the household's endeavors, for this reflects the glory of the barony, and shall defend House Strangewayes against outside threat or challenge unless there be just grievance against the household, though such a circumstance seems unthinkable.

Though the path of the household may wander from the lands of Stonemarche, the members shall always return like bees to the hive. If a member of House Strangewayes should choose to swear fealty to another land for just and honorable cause, be it marriage, crusade quest, or any other reason, barring treason or banishment, that noble shall be released from fealty to the barony and be free to offer honorable service in the new land of residence. So long as honorable service is given, even if it be to a barony or kingdom that is in a state of war with Stonemarche or the East Kingdom, the household shall be allowed to recognize kinship and open their arms and hearth to recognize and provide sanctuary to returning cousins, and no stain of honor shall be placed upon House Strangewayes for such action. "

Master Harold von Auerbach provided the calligraphy and illumination and guidance on the wording.