Erland Oxkné is a former member of House Wolfhaven who hails from the Shire of the Northern Outpost. He got his name from an unfortunate incident involving a borrowed axe he named "Bloodthirster". He is an armoured fighter who began fighting primarily great weapons, but switched to sword and shield because he likes to be in the scrum in melee. He was awarded arms at Northern Region War Camp in 2014. He became the Shire champion of Northern Outpost in November 2015. 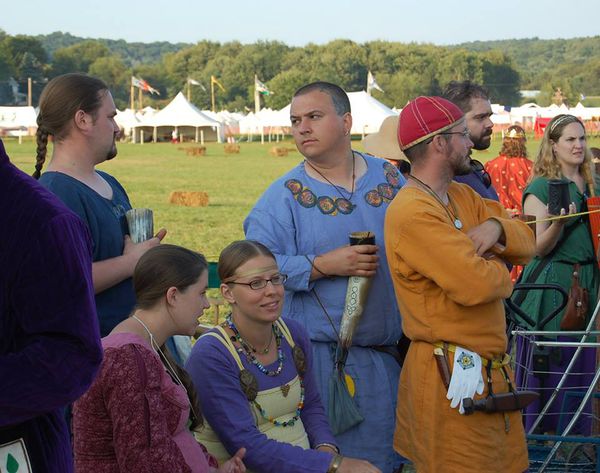