(Caleys is a variant of "Calais", a city of France. It is pronounced "cal-ay".)

Arms registered 12.19.2013: Azure, a cross moline and on a chief Or three martlets volant azure

Received Award of Arms on 2.8.2014 at the Maker's Faire (Carolingia), bestowed by Kenric II and Avelina II.

I enjoy sewing, leatherwork, and crafting of all sorts.

I host regular SCA crafting evenings where we gather to work on projects, encourage and help each other, share knowledge, and enjoy each other's company.

At this Birka, I entered the Queen's Garb Challenge at the fashion show. The challenge (by Her Royal Magesty Thyra) was "celestial". To meet this challenge, I was inspired by this illumination of the planetary system as described by Ptolemy. 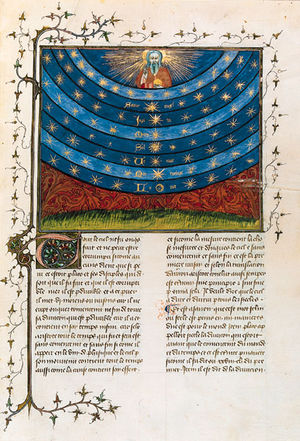 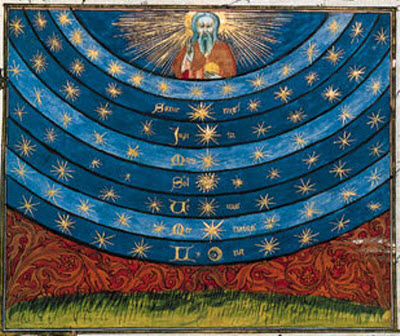 For the challenge, I interpreted the illustration as this celestial cape. I won the top prize! 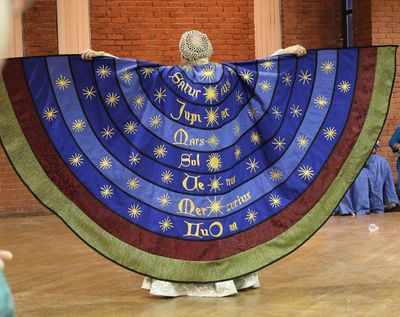 Simply Allegorical: A Masque in Venice

This event was a competition to replicate a medieval allegorical illustration or other inspiration.

I chose to work with this illustration of the Virtue of Cleanliness. 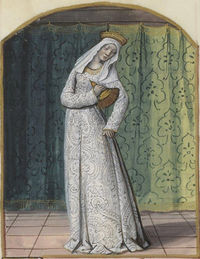 Here is the dress that I made: 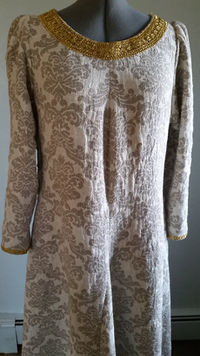 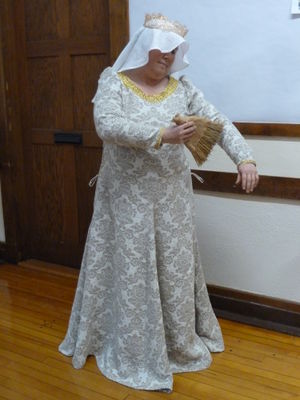 I won the Judges' Award!

Member of the Keepers of Athena's Thimble. Competent in Free Embroidery and Openwork. http://www.athenasthimble.com/guildaf.htm

Regularly attend the Canton of the Towers project days every month

Coordinated the filling of the Royal Toy Chest by the Canton of the Towers: 2016, 2017

I made these baby dolls using felt, pipe cleaners, embroidery floss, and wooden beads in an effort to fill the EK Royal Throne Chest in June 2017.