Hello! My name is Douglas, some folks call me Doug, and some even call me Doug Doug. I'm in graduate school and participate in the SCA as a fun hobby! I'm interested in "All the Things" but thus far I've only had time to explore fencing, archery, bardic and the performing arts!

I enjoy organizing and planning activities and events. I also enjoy bardic and the performing arts and wanted more opportunities for myself and other newcomers to participate in them so I hosted a monthly Performing Arts and Bardic practice along with quarterly demos at a local library from October 2017 to February 2020. As Chatelaine for the East Kingdom College of Performers, I hosted a monthly online Performing Arts and Bardic practice from August 2018 to August 2020. I've passed on the hosting role to Drustan of Old Stonebridges.

I enjoy reading Japanese folklore and exploring Commedia dell'arte. My long term goal in the SCA is to be able to tell stories from many different cultures.

I am the protege of Countess Marguerite Ingen Lachlainn

I'm currently researching an English or Irish or Italian persona and will likely go by variations on Douglas for the foreseeable future (narrowing it down to three took five-ish years). I tend dress in different garb for different activities! My aim is to pass the 10 foot rule with practical outfits for the activity I'm participating in. Oversized sweatpants and overlong T-shirt/Tunic is totally passable garb for the alternate archery team at Pennsic I swear. Court after a long day of fencing? Time to put on the giant spare tunic I have that cleans easily! Doing a performance? Time for the fancy garb!

I'm on the left in the green being hit with a great shot from one of my one of my favorite fencers. Top 16 Royal Fencing Comp 2017.

Joined the SCA in Fall 2015 through the local fencing community. Fencing is so much fun and great exercise. My favorite style is mixed length case. I came in the top 16 at the Royal Fencing Competition in December 2017 and was awarded my Silver Rapier on the same day! 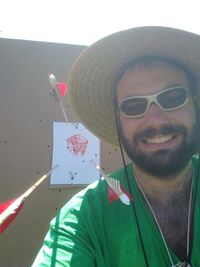 Pennsic Archery War Point Alternate Team 2019. The goal was to pen the goat in with the smallest triangle possible.

I enjoy ad hoc research projects for practical use such as weaving shoes from rope or a budget friendly attempt at kintsugi after my favorite cup broke.

Baronial Archery Champion for Concordia of the Snows 6/29/2019-5/23/2020 (Next archery championship postponed due to Covid-19, dates show were the expected length)

Service History to the Performing Arts

Link to service bullet points as a narrative https://docs.google.com/document/d/1ol76NnwyTHPV6X81rraTf6RstzaO2WnfRR4EbvDFOeo/edit?usp=sharing

Service History to the Arts and Sciences

If there are plans to call me into Royal or Baronial Court I would appreciate to be notified ahead of time. I can best be reached at 238393@members.eastkingdom.org or contact Countess Marguerite Ingen Lachlainn. It would be an honor to receive an award via Ethereal Court.

My channel currently has of over 300 videos of Bardic, Performing Arts, and Fencing! https://www.youtube.com/channel/UCHHyN8uOWoCv-8wAXr5QNcQ