I am an Irish woman from Wicklow County, Ireland in the late 1500's. My family found me skilled in the fiber arts and shipped me off to Holland to make money for them by practicing the new art of making Bobbin Lace. While that is my first love, I have been embroidering since I was a very young child and have quite a collection of embroidery using many different techniques, including a variety of other laces. I will happily apply myself to any fiber art presented to me and love learning new things.

While most of my money is sent home for the family I have enough to spend on myself, so the luxury of wearing black linen is one I regularly indulge in. Being in Holland, instead of Ireland where England can enforce the sumptuary laws, I also get away with wearing Saffron colored cloth and sneak it into my wardrobe in subtle ways. Though my hair is often properly hidden under veils, I enjoy the banned braids and beads in my hair too. I have found that the local people sniff at my aged and mixed wardrobe, but I don't care as my patterns came from many family members who passed them down through generations. I think I am much more comfortable than those in modern fashions anyway. It often draws the right attention to help me find others from home to connect with.

I have volunteered at many events in Stonemarche over time and have not kept a record of when I was on staff or simply volunteering.

Like many projects this is a work in progress by itself. I will be entering projects over time. I have been embroidering in the SCA since I started, and have been a member of the Dabblers Guild since my second event exploring many different arts and sciences. I first learned Bobbin Lace at Pennsic A.S. XXXVIII. 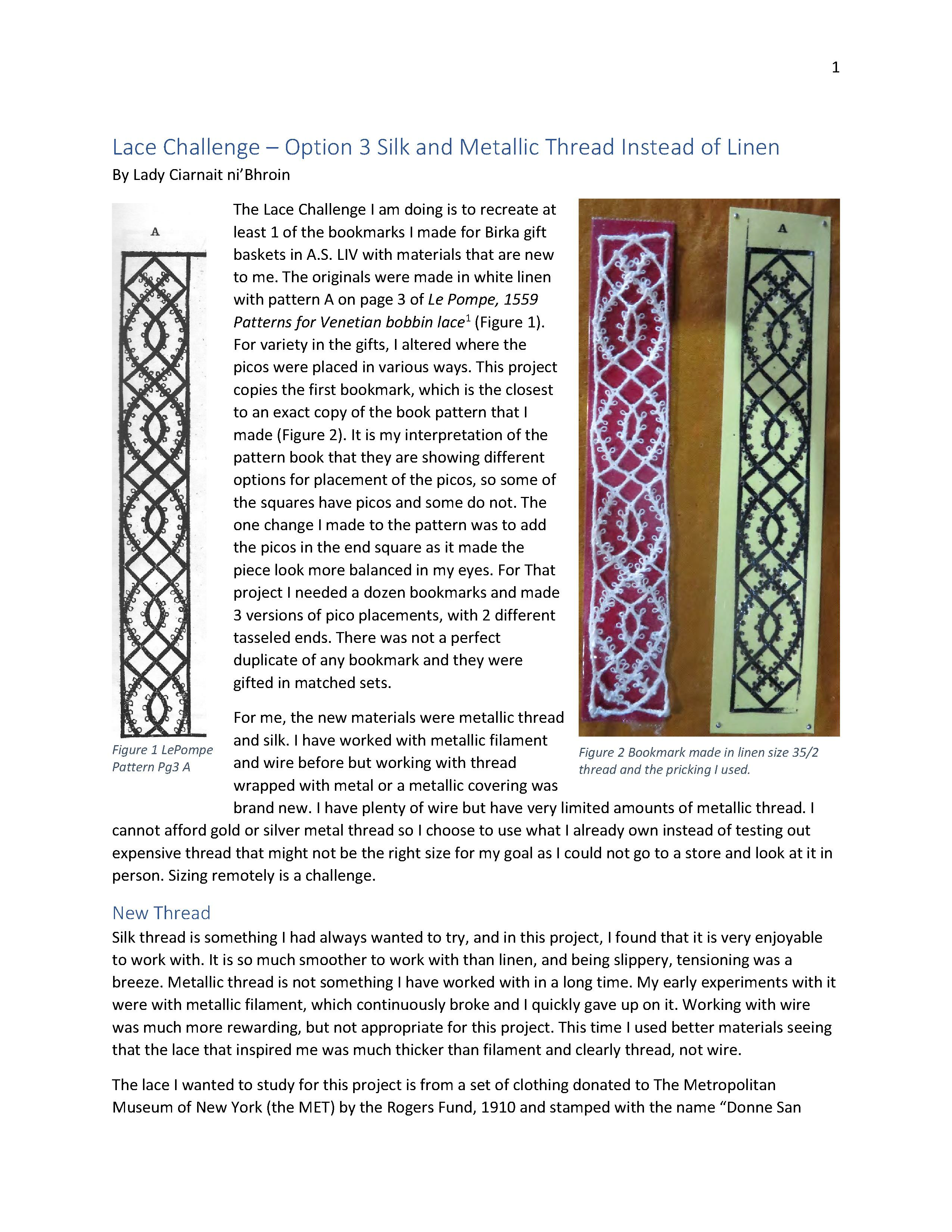 : A comparison of working in silk and metallic thread vs linen. Pattern from "Le Pompe, 1559 Patterns for Venetian bobbin lace".

Next steps: Recreate the bobbin lace found on the 16th century Trousers at The MET.