I am an archery marshal for the East Kingdom, and am currently a Bowman. So, I can kill you from a distance, just stand still please.

From Sheep to Shirt; Fabric Making and Garment Construction in the Early Middle Ages. Class was given at demos for a local middle schoool. 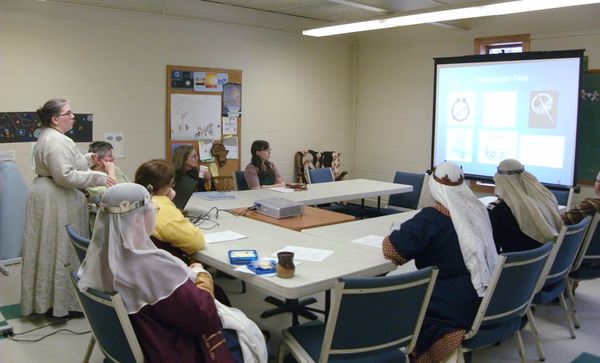